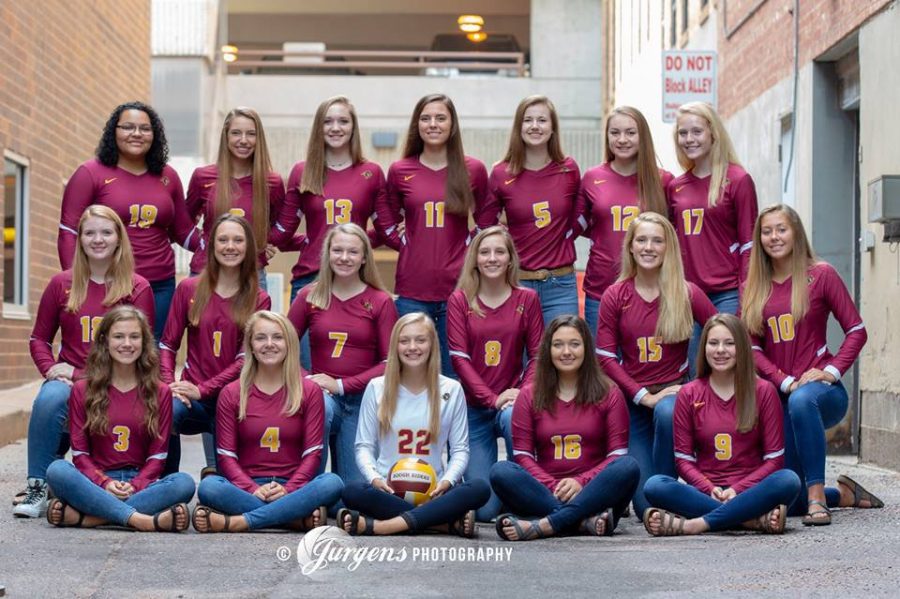 The Roosevelt High School volleyball team has been busy this year with a record of 13-13! Last night, on October 24, the Riders took a victory against the Lincoln Pats, with a score of 3-1, leaving the Pats 9-17 for the season. Roosevelt’s varsity volleyball team has been led to success by coach Kevin Vanderwal, who is now in his second season coaching the varsity girls. As of now, the Riders are number 17 in the state.

The RHS varsity volleyball team has had an eventful season this year with over 20 games so far.

Recently, the Riders have had a few losses against Huron (0-3), O’Gorman (0-3) and Century Minnesota (1-2).  However, they have racked up some wins against Hill Murray, Maplewood Minnesota (2-1) and Mayo Minnesota (2-0).  Roosevelt’s next match is a non-conference game against Yankton on October 30 at 7 p.m. Hopefully the Riders can change that ratio to 14-13!