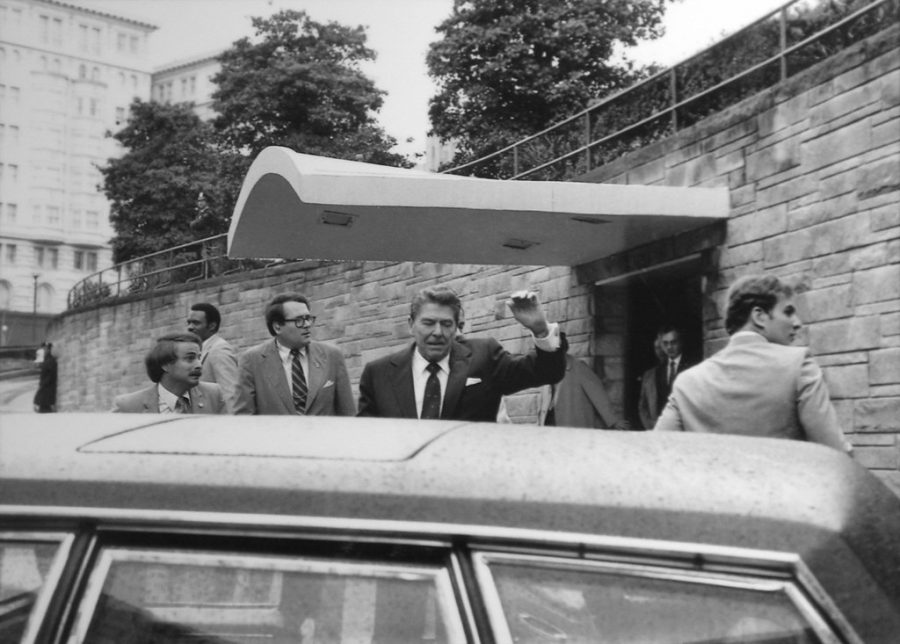 On March 30, 1981, US President Ronald Reagan was shot in his chest by John Hinckley Jr. After walking out of the Washington Hilton Hotel, six bullets rang out hitting Ronald Reagan, Press Secretary James Brady, Secret Service agent Timothy McCarthy, and policeman Thomas Delahanty. Reagan was quickly pushed into his limousine and John Hinckly Jr. was pushed against a wall and detained.

It wasn’t until the sixth bullet was shot that one hit the president by ricocheting off of the limousine. The bullet lodged in his lung, causing it to partially collapse. It stopped less than an inch to his heart. Reagan was quickly sent to the George Washington University Hospital where the Physician to the President, Daniel Ruge requested for the trauma team to treat Reagan as an average patient.

Reagan was in good spirits during his stay telling his wife “Honey, I forgot to duck,” and to the surgeons, “Please tell me you’re Republicans.” One of the doctors, Giordano who was a liberal Democrat, replied, “Today, Mr. President, we are all Republicans.” The president also told a nurse, “All in all, I’d rather be in Philadelphia.”

It was fortunate that Reagan was in great physical health and the bullet was only a .22 caliber otherwise the outcome could have been much darker. The bullet was successfully removed and the president was allowed to return to the White House on April 11. Reagan returned to his normal duties in the Oval Office by the end of the month.

John Hinckly Jr. was on trial a year later and was deemed not guilty by reason of insanity. His motivation for attempting to kill Reagan was to impress the actress Jodie Foster. Hinckly became obsessed with Foster after watching her in the film “Taxi Driver”. His lawyers claimed that Hinckly obsessively watched and reenacted the film and therefore the plan was influenced by the movie not Hinckly’s political thoughts.

He was sent to the St. Elizabeth’s Hospital, a mental institution, and starting in 1999, he was allowed to leave periodically where the Secret Service monitored him. By 2016, Hinckly was allowed to officially leave the hospital and live with his mother in Williamsburg, Virginia as long as he meets regularly with his psychiatrist and social worker.