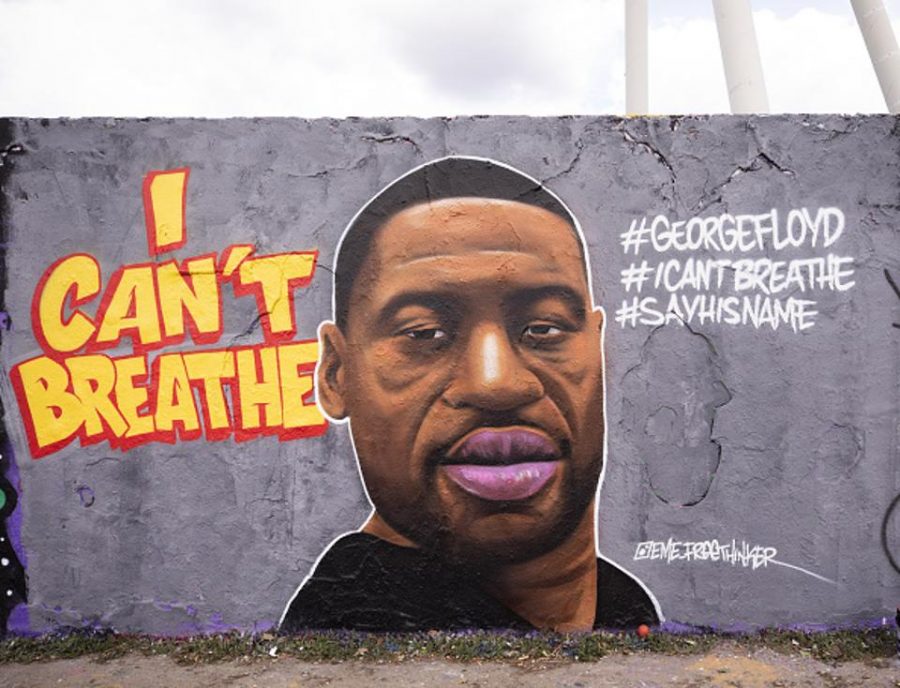 May 25, 2020 in Minneapolis, Minnesota, a 46 year old African-american man, George Floyd was killed by Minneapolis police by an officers knee on his neck. Screaming out “I can’t breathe”.

George Floyd is remembered in many ways; cousin of Floyd, Shawn Jones said “he was a loving guy”. Floyd grew up in Houston, Texas, was very active in his community and church; had lots of family and friends who all saw him as a humble and down to earth man. As everyone does, Floyd had bumps in his life, in 2007 he was charged for armed robbery and spent 5 years in prison. Upon his release, he moved to Minneapolis, Minnesota to explore and look for a fresh start.

But as we have heard and seen, his fresh start didn’t go so well. Floyd was suspected of  using a counterfeit $20 bill to buy cigarettes and seemed drunk and out of control with himself as the employee put it, which led to a 911 call from a staff member at the Cups Foods Grocery Store on Chicago Ave in Minneapolis.

According to ABC News, the first police vehicle arrives with officer Thomas Lane and officer J. Alexander Kueng. Lane pulls out his gun, but we yet to know why. He holsters it as Floyd is still in his vehicle. After about 90 seconds he yanks Floyd out of his vehicle, Kueng comes over and puts handcuffs on Floyd and walks him over to the restaurant wall. From the information given on the suspected call so far, we can see that Floyd has yet to seem drunk or out of control.

6 minutes after the arrest, police then take him over to the police car, but Floyd comments that he is claustrophobic and does not want to get in the police car as well as now being distressed. 9 minutes in now, the last final cop car arrives at the scene. Kueng as well as Chauvin struggle getting Floyd into the cop car, then Chauvin pulls him out of the vehicle and onto the streets. Two witnesses begin filming the scene, and show all four police officers huddling around Floyd as he is face-down on the ground. Three officers applying pressure on his neck, torso, and legs. Floyd then starts to speak, saying “help” and “please” multiple times while still face-down to the ground. Police officers notice that Floyd is bleeding from the mouth, and call for medical help. Now, another bystander is filming from a different angle and being able to show more of what is happening in the scene. Even after calls for medical help, Chauvin still has his knee placed on Floyds neck for another 7 minutes. Floyd calls out again “help” “please” multiple times. The officers then proceed to ask Floyd if he will get in the car and Floyd responds “I will”. So they continue to say “then get in the car” but the officer’s knee is still placed on Floyds neck, so he has no way of getting up even if he wanted to. Floyd then speaks out for his mama, who passed away around two years ago, and after at least 16 times Floyd calls out “I can’t breathe”.

Witnesses around start speaking out and telling the officers to get off of him and asking why are you doing this. Even after officers call for medical help, in the meantime they do nothing to help Floyd before they arrive; and continue to keep him on the ground, now unconscious. When the ambulance arrives, Chauvin continues to keep his knee on Floyds neck for another whole minute for a reason no one knows. Floyd is unresponsive and loaded into the ambulance. They then call for extra help from the fire department but by the time they get to the scene the ambulance is gone and headed towards the hospital; which opted out for help that Floyd needed at the time. At the hospital where he was taken, Floyd is pronounced dead.

Many resources and medical reports have pointed out that Floyd had a positive case of the coronavirus at the time of the arrest; as well as fentanyl and methamphetamine in his system. As these things would not have helped Floyd in anyway with his body during the arrest, they overall were not the cause of his death.

The day after Floyd’s death, the four Minneapolis police officers who were involved were fired from the department. On May 29, the Hennepin County attorney, Mike Freeman, announced third-degree murder and second-degree manslaughter charges against Derek Chauvin, the officer seen mostly in witness videos pinning Floyd to the ground. Chauvin kept his knee on Floyd’s neck for at least eight minutes and 15 seconds, according to Times analysis of time stamped video and The New York Times. On top of that, Chauvin did not remove his knee even after Floyd was unconscious and for a full minute and 20 seconds after paramedics arrived at the scene. In the past, Chauvin has had 17 complaints, been involved in 3 shootings and 1 fatal.

A month later, June 3, Hennepin County prosecutors added a more serious second-degree murder charge against Chauvin and also charged each of the three other former officers — Thomas Lane, J. Alexander Kueng, and Tou Thao — with second-degree murder. Tou Thao has had 6 complaints, and had a brutality lawsuit in 2017.

Floyd’s death not only aroused protests all across the country but shined its light of police brutality and injustice. Since Floyds death, many other people have died over racism, police brutality, and social injustice. Some famous names that are recognizable are Breonna Taylor, Ahumad Arbery, Elijah McClain, and many others.