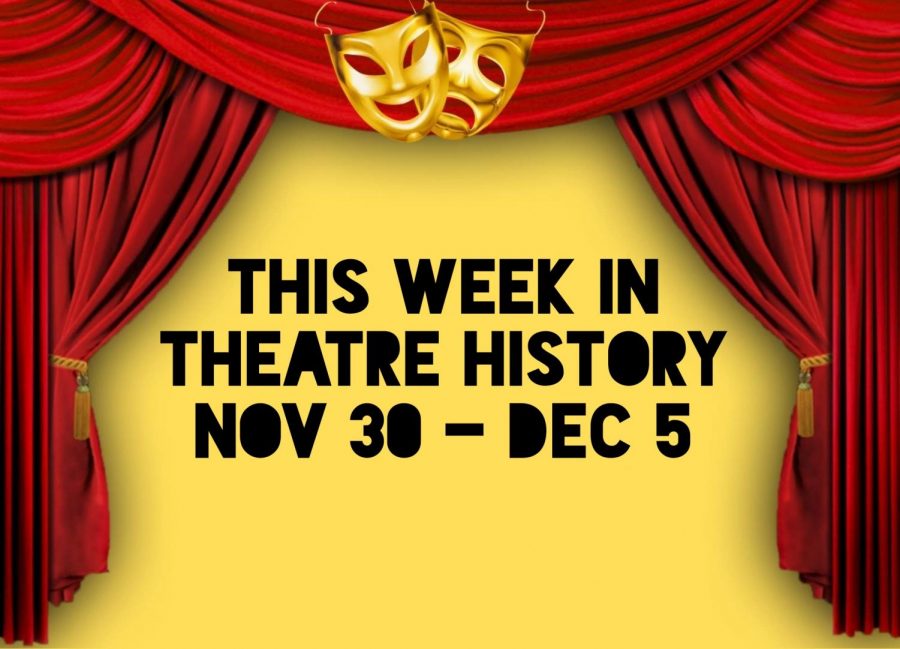 This week in theatre history from November 30 to December 5 follows the stories of a famously failed musical, a new popular musical that stole the hearts of teenagers worldwide, and a classic play written by the playwright Tennessee Williams.

First on November 30, 2000 “Seussical” by Lynn Ahrens and Stephen Flaherty opened onto Broadway. As the title suggests, “Seussical” incorporates the stories by author Dr. Seuss, especially “Horton Hears a Who” along with “The Lorax”, “Oh Say Can You Say?”, and “The Cat in the Hat”. When “Seussical” opened at the Richard Rodgers Theatre, it received a dominating amount of negative reviews. In an attempt to raise ticket sales, many people were brought in as limited engagements. The show closed after 198 performances and financial losses are likely around 11 million, one of the worst financial losses in Broadway history.

Next on December 1, 1929, London actors voted unanimously to create the British Actors Equity Association. The rules of the association and a constitution developed the following year in May. Now known as Equity, the association is a trade union for all those in the performing arts in the United Kingdom. As the British version of the Actors’ Equity Association, Equity represents all in the UK entertainment industry along with protecting lesser known artists as equals in the growing show business.

On December 2, 1919, Laurette Taylor starred as L’Enigme in “One Night in Rome” by her second husband J. Hartley Manners. The show follows a fortune teller whose client realizes she disappeared due to scandal after her husband’s suicide. Manners created the role for his wife which wouldn’t be the first time as he also wrote “Peg o’ My Heart” for her. “One Night in Rome” was adapted into a film 5 years later in 1924 with Taylor reprising her role. This would be one of the three films she’s been a part of despite her high success in the American Theatre.

Then on December 3, 1947, “A Streetcar Named Desire” by Tennessee Williams transferred to the Barrymore Theatre to go on for 855 performances on Broadway. The play shows the experiences of the character Blanche DuBois after losing her home and moving in with her younger sister and her husband. The opening of the show gained much raved reviews boosting its popularity. Williams’ play received much success with winning a Tony Award, NY Drama Critics Circle as Best Play, and Pulitzer Prize for Drama. “A Streetcar Named Desire” has been adapted into multiple forms of media such as a movie in 1951, an opera, ballet, and many televised versions.

More recently on December 4, 2016, the musical “Dear Evan Hansen” opened on Broadway. Before making it on Broadway, “Dear Evan Hansen” premiered at the Arena Stage in Washington DC then going on Off-Broadway for two months. The musical leads the story of a teenager, Evan Hansen, and how he inserts himself into a tragedy at his high school. The show was nominated for 9 Tony Awards, winning 6 including Best Musical and Best Score. Universal Pictures plans to create a film adaptation due to popular demand with, author of “The Perks of Being a Wallflower”, Stephen Chbosky directing.

Last on December 5, 1927, the Shubert Theatre Corporation explained to the New York Stock Exchange that they own 104 first-class theatres. Today the corporation houses about 60% of all first-class theatre productions. The organization was founded by the Shubert brothers who were known for establishing New York’s Broadway district as the main hub for American theatre. They currently own 17 Broadway theatres and have previously owned over 70 theatres nationwide.