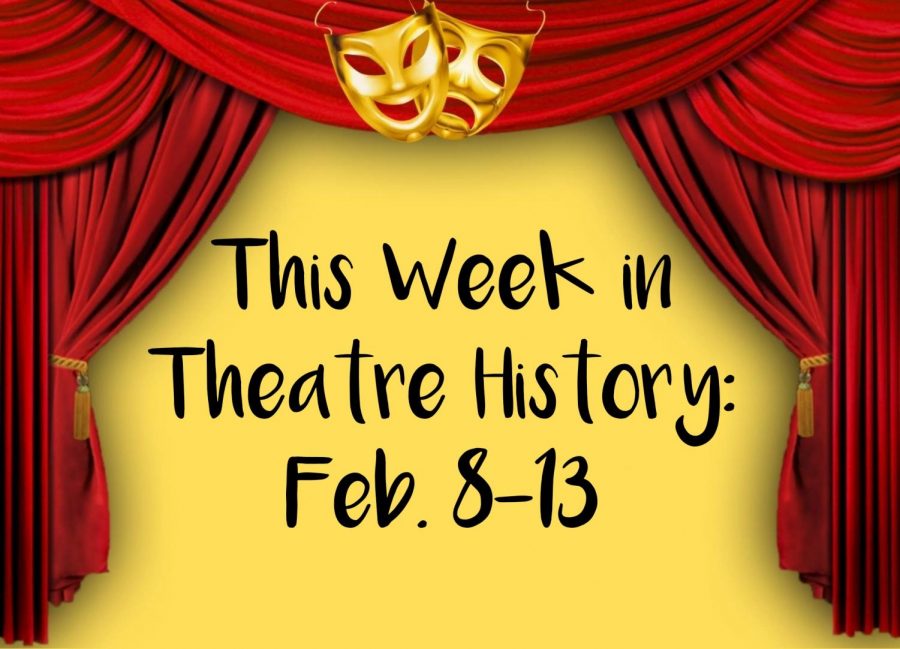 During this chilly week in theatre history from February 8th to the 13th there’ll be the premiere of a 20th century classic, the opening of a theatre turned school for performing arts, and the passing of a 1900s Shakespearean actor.

The first event this week on February 8, 2004, was the closing of the musical “Taboo” on Broadway after 100 performances. Talk show host Rosie O’Donnell debuted as a Broadway producer after financing the show to take it to New York after seeing it on West End. The show was based on the life of its composer George O’Dowd (a.k.a. Boy George) and experiences of the Blitz nightclub during the New Romantic scene during the 1970s and 80s. Actors in the show included Euan Morton, Sarah Uriarte Berry, and Raúl Esparza.

Next on February 9, 1972, English actor and producer Robert Atkins passed away at the age of 85. Atkins was most successful in theatre and he joined the Old Vic company under theatre manager Lilian Mary Baylis in 1915 when a series of Shakespeare productions began. Atkins also had experience in movies and television spanning a career for 50 years. Atkins not only appeared in films such as “A Matter of Life and Death” but he directed several Shakespeare adaptations for television.

Earlier on February 10, 1949, was the premiere of Arthur Miller’s “Death of a Salesman” at the Morosco Theatre on Broadway. Miller’s play is considered one of the greatest plays of the 20th century as it follows the tragic tale of salesman Willy Loman with his failing grip on reality. The show won six Tony Awards and the Pulitzer Prize for Drama in 1949. The play has been adapted into film 10 separate times. “Death of a Salesman” ran for 742 performances and has been revived 4 times, winning the Tony Award for Best Revival 3 of those times.

On February 11, 2002, a gala was held at Minskoff Theatre in honor of actor and director Lee Strasberg. Strasberg passed away in 1982 at the age of 80 and the gala was to develop the Lee Strasberg Artistic Achievement Award. The award is given annually to an outstanding person in the entertainment industry. Some stars who attended the event included Al Pacino, Ellen Burstyn, and Patrick Wilson. The first recipient of the award was Susan Sarandon.

Back on February 12, 1915, the Neighborhood Playhouse opened in New York City. It was originally founded as an Off-Broadway theatre by sisters Alice and Irene Lewisohn but it shut down in 1927. The following year the theatre was turned into the Neighborhood Playhouse School of Theatre joining the ranks of the American Academy of Dramatic Arts and Pasadena Playhouse as the few American professional training schools for theatre. The staff included innovators such as Sanford Meisner, Agnes de Mille, and Martha Graham.

Last off on February 13, 2003, the New York City Council overrode a mayoral veto to pass a law banning cell phone use in Broadway and Off-Broadway theatres. The idea of the law blossomed by theatre patrons’ complaints of phones ringing during performances. Many, including the incumbent mayor, were concerned that the policy would be practically impossible to enforce but others argued the threat of police involvement would be enough to sway violating patrons. Offenders would be fined 50 dollars and evicted from the violated venue.