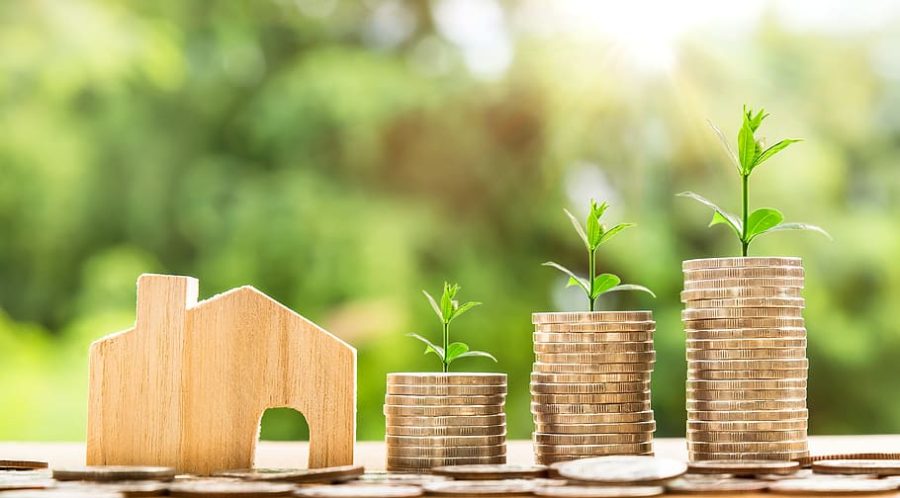 Most high school students can’t wait to get out of school and go to college or even start a family. But could you pay for all of that stuff with the economy we’ll have in the future? Things such as houses and college tuition are already pretty pricey, but how much will they cost in the future? Will Generation Z be able to survive in the future with our current minimum wage? Past trends say maybe not.

Let’s start with the basics. Currently, the federal minimum wage is $7.25 an hour. The minimum wage has not been increased since 2009. To get a visualization of the trends in the past let’s compare the average price for a loaf of bread in 2009 vs the average price in 2022. According to the U.S. Bureau of Labor Statistics, the price of bread per pound in Jan 2009 was $1.38, but now the price of bread per pound in Jan 2022 is $1.56. Not a fan of bread? Take a look at gasoline pricing.  The price in Jan 2009 was around $1.79 per gallon, but now it’s around $3.41 a gallon. (Currently, gas prices have spiked and are now around $4.32 a gallon). In general, you’ll tend to see prices go up over time and while this isn’t necessarily bad the minimum wage has not gone up to match the new prices. The cost of living has changed. The average prices of an apartment, college, a car, and internet have all increased dramatically. Food, although a necessity, will be excluded due to many factors such as age, gender, income, and eating habits that can change the price drastically. Because of that, we will not be adding them in as factors. If you’re curious, you can do your own research to match your specific budget.

Most teens who work have a minimum wage job, and most want to move out as soon as possible. They’ll need an apartment or someplace to live to do so. So what is the average cost of rent for an apartment? This can vary a lot depending on what state you live in. States on the coast tend to have much higher prices, especially in Hawaii, New York, and California. According to iPropertyManagement, the average cost of rent in the US in 2020 was about $13,968 a year. That would be around $1,150 a month, which is a lot when you have a minimum wage job and are going to school. Most high school students do not have high-paying jobs. In 2009, the average cost of rent was $8,412 a year. That is a $5,556 difference and even though rent has gone up the minimum wage has not increased to match it.

As a kid, when asked, “what do you want to be when you grow up?” you might have responded with “ I want to be an astronaut” or “I want to be the president of the United States”. Many jobs require you to go to college, so what should you expect to pay when you go to said college? Will you be able to pay it off in a reasonable time with a minimum wage job? In 2009 for a 4-year institution you would expect to pay around $25,073 per year. In 2019 the cost of a 4-year institution would be about $28,775 per year according to NCES (National Center for Education Statistics). Overall, that is about a $3,000 difference. To put that into perspective, you would have to work an extra 414 hours a year if you had a minimum wage job. While in college, time to work is limited and most jobs pay low wages. Getting rid of your college debt can take years to pay off after graduation depending on one’s job. Also in the US, it is expected by parents and peers to go to college and become successful, but at the end of the day is it really worth the money? Only 27% of college graduates work in a field of their major according to NGPF (Next Gen Personal Finance).

On top of all the bills and fees you have to pay, you’ll also need to pay for the internet. The internet is how most people stay up to date and communicate with others, so it’s pretty important. Currently, on average most will pay about $64 a month. This can vary depending on what internet plan you decide to choose. In 2009, the internet was much cheaper, one would only have to pay $44.60 a month according to allconnect. Again this would vary depending on which plan someone chooses to pay for. Someone could pay on average $20 more a month today than in 2009. In a year a person would pay an extra $240- think of the things you could buy with that money.

Most people need cars, especially people who work. So how have the prices of cars changed? In 2009 people could expect to pay about $17, 908 for an average car. This already seems like a ton of money, but how does it compare to now? In 2019, people can expect to pay $24, 499 for an average car. This is a huge difference, a $6,591 difference to be exact. That is about a 29% increase from 2009’s price according to roadandtruck.com. Car prices still remain very high today. You might be thinking ‘maybe cars have gotten better in quality’ so let’s check it out. The answer would be yes and no. Cars made “in the old days” (1970’s) were made out of steel and could be considered more dangerous. They were definitely made with much more expensive materials than today. As technology progressed people would start making cars more efficiently and with different materials. These materials were less expensive and it became much cheaper to mass-produce cars. Some might consider that a lower quality because cars are made with cheaper materials. But if the cost of making cars has gone down why hasn’t the price of cars decreased as well?

To top it all off, inflation is also something that affects the prices of items. Inflation, in simple terms, is a general increase in prices. Things that may cause inflation would be increased production costs, a surge in demand for products, or the government needs more money for war costs and various other things. Basically, $1 in 2009 would be equal to $1.33 today. This leaves the question, “what would the minimum wage be if it followed inflation?” Well, it would be $9.65 according to the Bureau of Labor Statistics. This doesn’t seem like a lot, but it is better than nothing.

You also must keep in mind that teens are not the only ones working minimum wage jobs. Most adults either have to provide for themselves or their families. Past trends suggest that prices will keep rising, and Generation Z will probably have a hard time surviving. Higher-paying jobs usually require you to have gone to college or university which costs a lot of money. There are no signs that minimum wage will increase anytime soon which is why it’s so important that we speak up and encourage others to do the same. Your time is valuable and worth far more than a measly 7.25, practically unlivable wage.