Goodbye Geoffrey: The World Says Farewell to Toys R Us 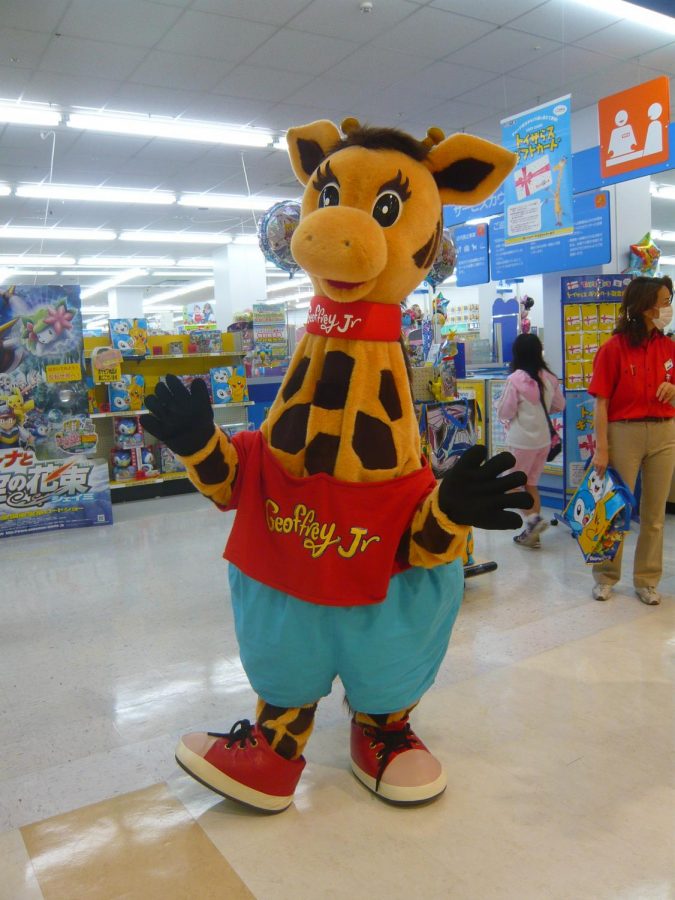 Ever since 1948, America has been in love with Geoffrey the Giraffe and the store he represents: Toys R Us. What kid doesn’t love walking through a gigantic store filled with every toy they could possibly imagine? Yet, the world has evolved. Online shopping and supermarkets have become the norm, leaving specialty toy stores, especially ones already in billions of dollars of debt, in the dust. As such, on September 18, 2017, the beloved toy palace filed for bankruptcy. It’s sad but true. The global franchise and world-renowned name has fallen.

Bankruptcy, liquidation, desertion. This is the plan for Toys R Us stores in the United States, and it will be completed by June 30, 2018. Everything will be going on sale because everything must go. Americans love sales, but, with liquidation, all sales are final. Be careful though–the sales will start off at lower percentages and get better as time goes on and as the franchise gets more desperate to sell all merchandise before it closes for good. If you desire jaw-dropping sales, I’d wait, but there will be a more limited range of product to choose from if you take that route.

Additionally, the end of the franchise comes with the end of over 30,000 American jobs. Thousands of people will be forced to look elsewhere for work–many of them will not receive severance. We are not only losing a dream for kids; we are also losing a reality for adults.

Another harsh reality of this loss is the appearance of nearly 800 commercial building spaces now on the market in the United States. After the clearance sales have finished, the empty husks will be up for grabs for any business people willing to buy them.

Yet, even as the demise of Toys R Us makes way for new business endeavors, we, as a people, are not quite prepared. We grew up in the loving embrace of this toy store and many of us have fond memories of exploring their aisles during lazy afternoons. I remember going to Toys R Us for my birthday every year while growing up to pick out a Nintendo DS game, and, although the DS has been outdated for a while, it saddens me that other kids will not embrace the same tradition. I am not alone in this feeling. When asked what their favorite part of Toys R Us was when they were children, my peers shared my sentiments. Joel Sathyanesan, a junior at Roosevelt High School, commented, “I love the stuffed animals”; and, Madelyn Hakinson, another junior at Roosevelt High School, exclaimed, “The DS games were my favorite!”

As such, the end of Toys R Us is the end of a beloved childhood and the beginning of a difficult adulthood. Although the store’s jingle, “I don’t want to grow up, I’m a Toys R Us kid,” is catchy, it is officially outdated as kids around the world will be forced to grow up just enough to say goodbye to their good friend Geoffrey the Giraffe.