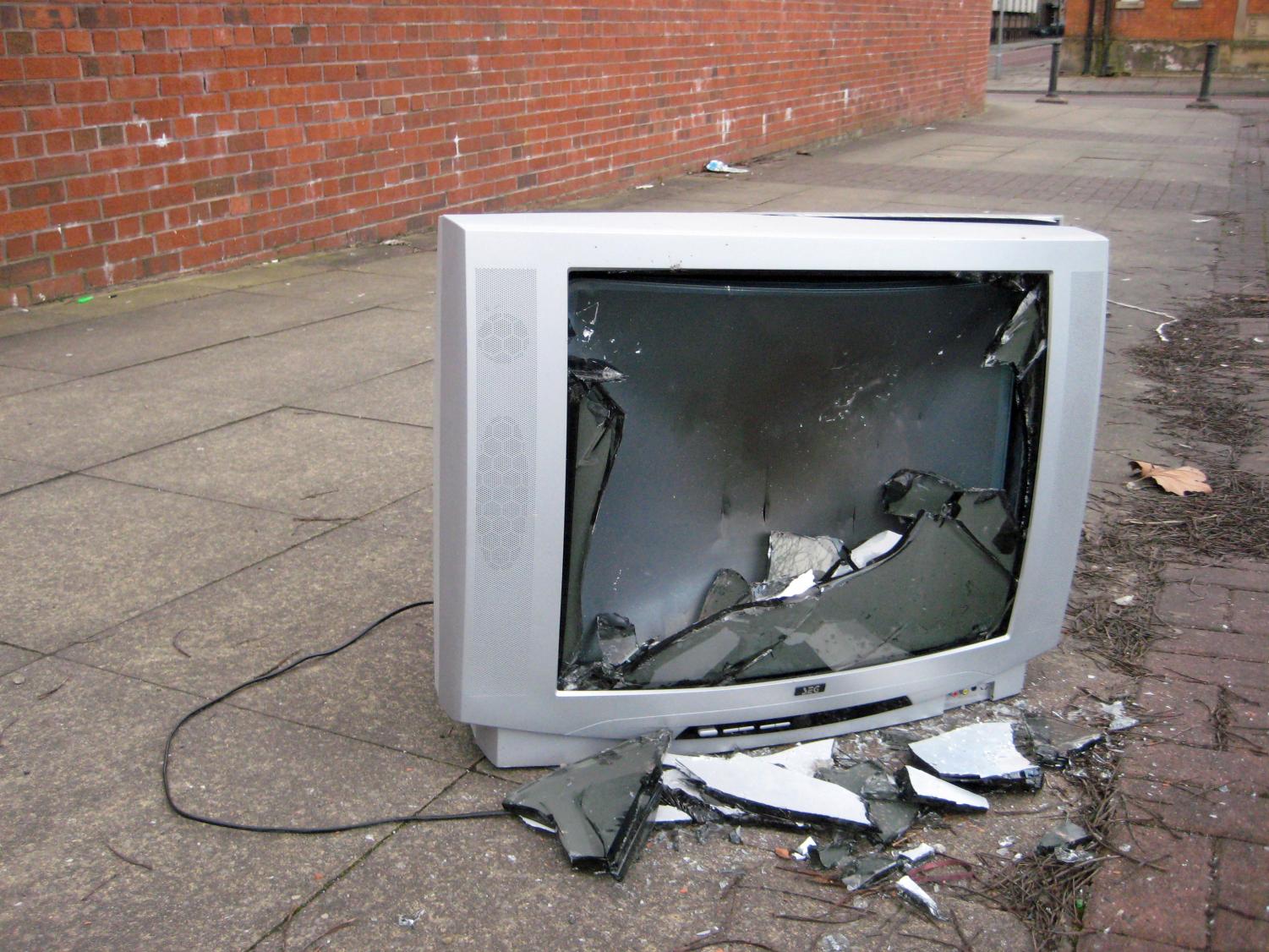 The death of traditional TV

America 3:17–And those who hath the gift of vision must be subject to the award of cable television, and they must enjoy the gracious prize til death doth them part.

Cable TV has withstood the test of time ever since its black-and-white introduction to American society in 1948. Often subconsciously considered a family member in electronically-addicted middle-class households, cable TVs have always found a way to become the center of attention no matter the ethnicity, age, race or gender of their hypnotized victim(s). Husbands and wives in the 21st century unsurprisingly find themselves more focused on the moving picture box than on their spouses, and they consider themselves regretful for taking their significant other to the altar rather than their story-telling screen on a crappy plastic stand.

Traditional TV is the foundation of American entertainment.

Actually, “This was the foundation of American entertainment” might be a more accurate phrase in 2018. Television is still a major media source in the entertainment industry with about 96.7% of American households owning at least one TV set. What’s actually changing is how the general public is accessing the content that has steadily kept people entertained for around 70 captivating years.

Media streaming, for instance, has become a rapidly popular alternative to traditional television. High-definition subscription services like Netflix, Hulu and Amazon Prime are bursting with millions of new users each month. The growth of these services can’t be over exaggerated either. Netflix, the most popular service out of the three mentioned, has increased its monthly viewership by 96.82 million in five years (137.1 million currently). If one was to create a country and populate with only Netflix subscribers, they would have the 10th most populated country in the world, surpassing the likes of Mexico, Germany and France as well as the 223 countries outside of the top ten.

As more efficient options for content viewing become available to viewers, the older, less efficient options are slowly pushed out of the cycle of content sharing. It’s a simple question with a simple answer in most viewers’ minds: Would I rather watch my favorite shows whenever I want and on any device, or, would I rather be limited to watching them at home and at a specific time?

The answer is obviously the former, and, unfortunately for Cable providers, their services are just not as convenient as those that provide original programming and zero wait time in between episodes of content.

It just doesn’t seem likely that the next generation will grow up watching traditional cable TV. Major news channels and television networks like ABC, FOX, NBC and CBS are migrating towards streaming services as well by quickly creating innovative apps that allows users to stream their shows and watch live TV from their phones, tablets or laptops. Television sets’ features are lately being utilized to watch streaming services and play video games on–not to use traditional cable packages.

Is this the death of traditional TV? It seems like a probability at this point, and perhaps it’s an appropriate time to switch from a device that’s been in circulation since 1948. An innovative country demands innovation, especially in the entertainment industry; this change to TV services is long overdue.