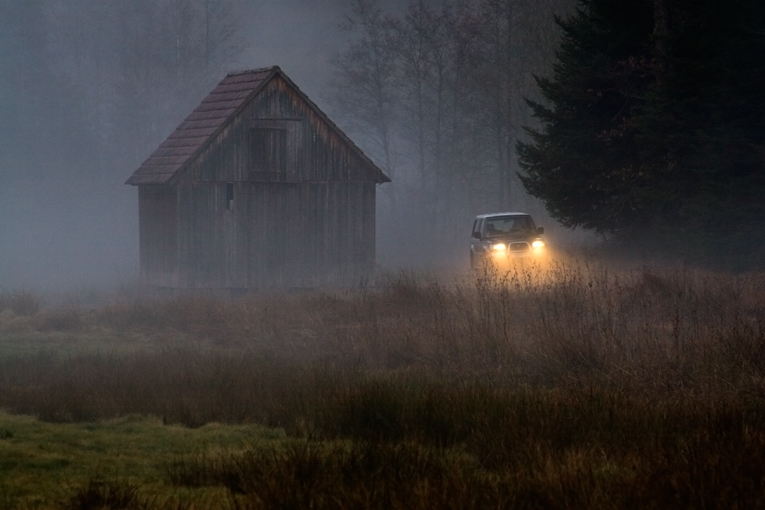 The priority of the first episode

What is the determining factor that decides whether or not the viewer wants to continue watching a certain TV show?

Just like job interviews or the start to any type of relationship, the first impression is critical in establishing a connection between the show and the viewer. For instance, if a supposed sci-fi thriller premiered on HBO but started off with a five minute scene on how Laurence Sterne impacted Irish literature in the 18th century (or something just as irrelevant), the show and the viewer would have suddenly established an undesirable relationship, which would lead to said viewer changing the channel or just shutting off the TV entirely.

Now let’s say that the sci-fi thriller premiered with a high stakes interrogation, such as the primary antagonist torturing the protagonist’s son for his father’s whereabouts. The scene progresses with painful sluggishness, but it has an eerie, chilling kind of tone as an original score heightens the tension and the fear gushing throughout the room, causing anxiety and nervousness in the viewers. Each question asked by our charismatic supervillain is drowned out by the sound of a sudden ticking noise that the son recognizes, which causes him to laugh as a response. Suddenly the dynamic changes, and now the villain is the one who’s nervous and anxious while the son is calm and relaxed, and all that the viewers want to know is the reason to this swap in emotions between the characters and the result of the scene.

One obviously sounds more exciting than the other. It’s because the latter scene started off on the right foot and pulled off a watch-worthy first impression that drew the viewer in. At the moment, it doesn’t matter what will happen in the next episode or the episode after that because all our onlooker wants is the satisfying payoff to one particular scene–the first scene, to be exact.

But scenes can only be so long, and promising starts to a TV show, movie or book demand consistency from the experiencer, so they quickly grow the habit of expecting the same type of emotions that they endured in the first scene with the rest of the content that they’ll encounter on their intriguing journey of entertainment. Creativity has no limits, but there’s a threshold of imagination in the flawed mechanics of the human mind. Distaste and frustration are inevitable within any source of content due to our imperfection as human beings, but what matters is how long one can make the viewer go before they bask in the sorrow of antipathy.

To make a long story short–

It could be argued which one is more desired among producers and directors, but in my personal opinion, the positive expectations one has are derived from multiple decent examples of a source. It’s the expectations a spectator has that serve as motivation to continue reading or watching something because they simply expect to be dazzled everytime they indulge in that type of media as they haven’t been shown anything else since that first scene or page.

This is exactly what got “Ozark”’s fanbase hooked.

“Ozark”, a Netflix original, is about a financial planner/money launderer named Marty Byrde. Byrde, played by Jason Bateman, is a typical middle-aged father of two with a house in the suburbs.

For a little bit of context, money laundering is the process of taking “dirty” money (acquired through illegal acts: drug dealing, mostly) and investing it in legal businesses to “clean” it so the cash becomes legitimate and just as hard earned as everyone else’s. Marty is secretly doing this, sometimes millions of dollars at a time, with a dangerous Mexican drug cartel while also being a financial planner, which is a position where one is primarily being trusted with other people’s money and investing it to increase its sum.

The director (who also happens to be Jason Bateman) spends the very first minutes of the episode enforcing two imperative things. He creatively established these two points at once, using the senses of vision and hearing to achieve it. What we see on the screen is our very first look into the protagonist’s process of money laundering. The process of this not only keeps the viewers’ attention since it’s a unique and interesting method, but this action is repeated several times, and certifying this process as a foundation to rely on for the rest of the show is crucial. The second thing Bateman has to establish is the mindset of our protagonist, Marty Byrde. We get helpful insight to this by Byrde’s narration during the scene. He questions the importance of money and its role in different social classes. His rhetorical question, “What is money?” is tackled in an impressive fashion. Considering whether it’s an ‘agreed upon unit of exchange for the value of goods’, an intangible, or a measuring device, he provides valid and logical examples that support the ideology to each possible answer to his question, and it becomes evident to us that Marty is a man who heavily cares about his money because it represents a reliable future for his family.  This is an interesting realization for the viewer due to the fact that he is not a materialistic person, nor is he in a position where he and his family need any more than they already have; he is a rich man. We also realize that money is going to be a constant focus in this show; it wouldn’t make sense for the director to spend the most crucial points of a show (the first scene) to explain and construct a knowledge for money laundering and never revisit the concept again.

Subtle moments of foreshadowing are hidden as well. The title screen, for instance, is a black background with a large letter “O” faded in. The “O” is divided into four sections. One is a drawing of a man pleading on his knees, one is a drawing of a tower, one of a gun and one of a man falling downwards. The gun may be the clearest sign of the show’s violent nature, but the drawings of a begging man and one of a man falling downward hints at how the show’s characters react to pleads for mercy–

By throwing them off of buildings.

This is why the first scene has to be incisive and powerful. In just three minutes, we have already learned so much about the show, but we still have dozens of unanswered questions. These questions can be solved by watching the show, which prompts the viewer to continue doing so.

The “Ozark” experience continues to progress. The primary plot is revealed about half way through the episode, so the director has to keep us entertained for around 21 minutes without advancing the storyline; he did this appealingly.

Subtle sub-plots and deeper glances into the lives of the characters as well as powerful indirect characterizations for Marty and his family control and rule over the episode. When the climax is reached, the previous scenes gave the viewer just enough context for the climax to be slightly expected but still heavily surprising.

The episode ends with fresh objectives, higher stakes and an entirely new setting that beckons and seduces the watcher back into its hypnotical storyline.

This is the priority of the first episode. It’s to get the audience hooked, and pulling it off right or wrong will be the determining factor that decides whether or not the viewer wants to continue watching a certain TV show.