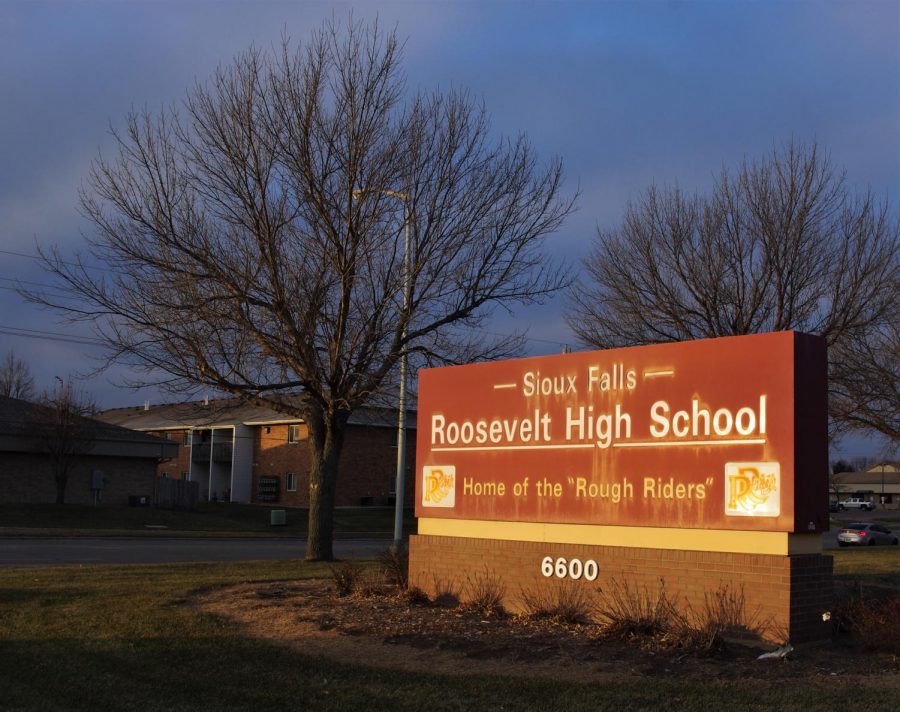 We are Roosevelt, and we are safe

On Tuesday, November 7, 2018, a Reddit post made at 4:00 a.m. threatened Roosevelt High School in Sioux Falls, South Dakota by claiming that there was going to be a school shooting on November 7 at 11 a.m. during lunch. As word spread like wildfire through multifarious social media platforms, the story got out of hand. Unconfirmed rumors about snipers on the water tower made parents frantic to call their children out of school and get them home to safety. The student services office was full to the brim during third hour after an announcement made by the principal, Mr. Hazlett, informing the students of the threat.

Before the perceived severity of this situation can be comprehended, the day in itself must be relived; this will be accomplished through Teddy’s story of how November 7 went for him (he is a fictitious character used to represent a real situation–any resemblance to an actual Roosevelt High School student is coincidental).

Teddy drags himself out of bed after a late night of studying with Netflix playing in the background. Or, more accurately, Netflix with study breaks every twenty minutes or so.

Albeit a bit groggy, he is ready to take on the day after his morning cup of coffee. Collecting his scattered books and finding his keys proves to be arduous, however.

Arriving at school and finding his friend group hogging two full tables in the commons, Teddy relaxes and goofs off before his first class of the day–a much needed distraction from that quiz during third hour.

Teddy’s parents receive an email from the Sioux Falls School District, making them aware of an online threat against Roosevelt High School.

Beep. Daydreaming thoroughly interrupted, Teddy tunes in to the unexpected announcement, and his heart falters as Mr. Hazlett announces that Roosevelt High School could be the object of a school shooting according to an ambiguous online threat.

Walking from Ad Room to his third-hour class in E wing, Teddy passes by the student services office, receiving yet another shock. The office is full to the brim and lines of cars idle outside–parents waiting to pick up their students.

Teddy receives rapid-fire text messages from his mother and is promptly pulled out of school even though he was in the middle of his algebra quiz.

Teddy’s parents receive an update from the school district with more details on the day’s events. His parents are especially grateful for the information after spending hours speculating and worrying.

Teddy’s story is just one version among thousands. A speck of dust in the desert, maybe, but it is important nonetheless. If he had stayed at school that day, he would have seen extra staff members working together to clear out the student services office. He would have seen a desolate parking lot and a sparsely inhabited school. He would have seen students receiving extra credit for staying in class.

As such, a few details stand out among the rest.

Firstly, the clumping of students in specific areas of Roosevelt is a matter of concern for high school students. On an average day, two Roosevelt staff members check IDs during open lunch–a practice that creates a buildup of students in the entryway of Roosevelt High School twice a day (once after each lunch period). When asked about this buildup of students, Mr. Hofer, the assistant principal at Roosevelt High School, emphasized that the administration’s goal was to ensure that students are safe inside of Roosevelt. By checking IDs, the administration can ensure that this goal is achieved.

A similar situation occurred on November 7 when there was a buildup of students in the student services office. Extra staff rushed to help, and everyone worked together to check out the students as efficiently as possible, but the high density of students in one area at such an intense time was still a concern to many students who were trying to leave.

Furthermore, some teachers decided to hand out extra credit on November 7 to encourage students to stay in class and not get pulled out by their parents. Although some students embraced the grade boost, others were angered. Some students did not think it was right for teachers to influence students to stay in a potentially unsafe situation. When asked about the administration’s view on this act, Mr. Hofer had no idea that it had happened, but he suggested that the teachers were trying to give out “tokens of gratitude” to students who trusted them enough to stay in class. How this trust can be linked to a student’s knowledge of the subject in question and therefore his/her grade remains unclear to some students.

Looking forward, Mr. Hofer promised that the administration is going to be better about sending out information to staff, parents and students so that everybody is informed about how to react in case there is an actual attack. Hopefully these future communications will help ameliorate the fears that many students have about being in an overcrowded school at a time when other schools across the nation have already experienced the fear and horror that comes hand-in-hand with school shootings.

In addition to waiting for this information, students can take action to make themselves feel safe. They can talk to their school resource officer, their vice principal or their principal about policies and procedures. They can devise exit strategies to use as needed (the upper left and right-hand corners of the windows are weak spots). They can examine their surroundings for tools to protect themselves if necessary. The safer the students feel, the more they will be able to relax and learn. Although staff members at Roosevelt are dedicated to protecting their students, it is always reasonable for students to want to be informed and prepared. Hopefully, preparation and communication can alleviate chaos if another day like November 7 occurs.

Above all, Roosevelt High School is doing its best to keep students safe inside of the school. November 7 was a scary day for many, but it will help us all learn how to handle similar events in the future. At the end of the day, we are still Roosevelt, and we are still one. 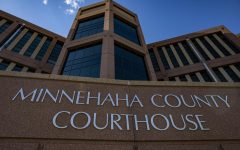