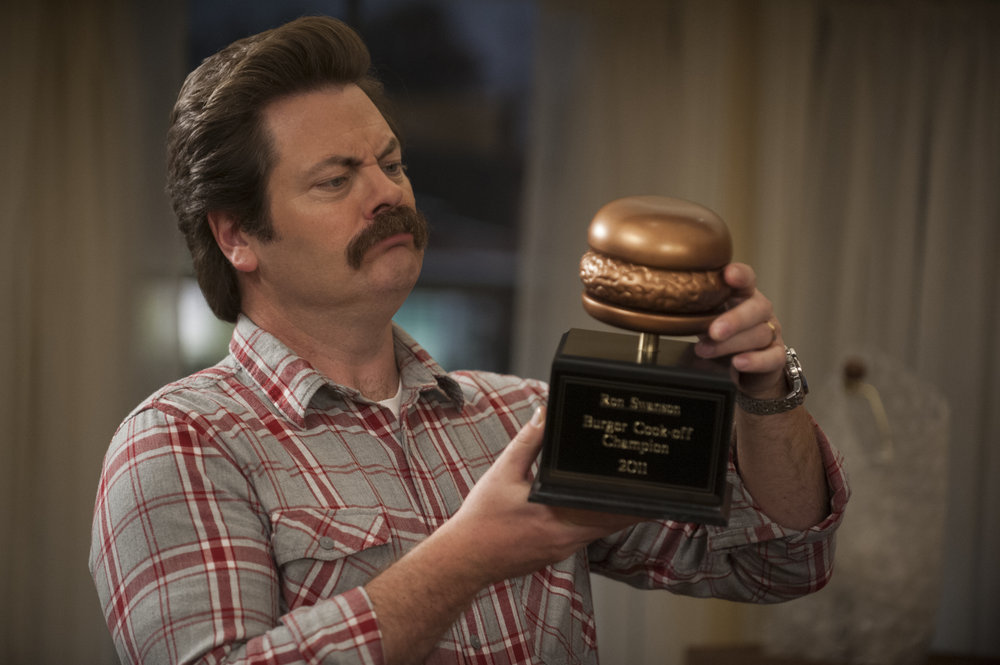 A complete rating of “Parks and Recreation”

Whether it’s the determined Leslie Knope, the imaginative Greg Daniels and Michael Schur (creators of “The Office” and “The Good Place”) or the bacon-loving fan favorite Ron Swanson, “Parks and Rec” is the show that everyone knows, but no one talks about.

It has a little bit of everything. The painful realism and dilemmas the story has are similar to “The Office”, the constant romantic entanglements of the characters are close to “Friends”’s level, and the steady and obvious growth of the characters is very clearly comparable to that of “Arrested Development”. This isn’t necessarily a good thing, for it halts the show from separating itself from any other popular sitcom. This could very well be a valid reason as to why people can’t exactly reminisce about the signature moments of the show like Ron Swanson throwing his computer into a dumpster or Chris Pratt singing a song about a dead horse.

I’ll save the rest of the criticism for the rating, so let’s transition to the story. The show revolves around our protagonist, Leslie Knope, and her purposeful and strong-willed antics to make the Parks and Rec department (which she is the Deputy Director of) the best in Pawnee — a short town in Indiana.

Through seven comical and amusing seasons, Leslie Knope’s determination pays off; she slowly climbs through the ranks of promotion. The characters progress and grow strong relationships of romance and friendship amongst each other, and all seem to be better off both financially and happily as the show nears its end.

The conflicts that occur in the show are much like the Office: it’s often the characters and the internal part of their problems that take the steering wheel in a car of dilemmas. The external conflicts the characters have to deal with aren’t dealt with without the help of each other, which imposes a positive and inspiring message of unity and the “strength in numbers” mindset. Due to this, viewers often find themselves enjoying the show, and they often want to see how the story progresses. Thus, “Parks and Rec” makes for a very binge-worthy show even if the setting is something as simplistic and seemingly boring as a local Parks and Recreation wing in a government building located in Pawnee, Indiana.

For those who didn’t read my last rating of “The Good Place” (which is blasphemy), I’ll put in the rating levels and the five categories once more to provide background info. Each category is rated from zero to ten, meaning that the maximum score a show can get is a fifty.

These are the rating levels we’ll use to calculate how “good” the show is.

44.0-49.9: Gloriously Remarkable and Outstandingly Impressive — This level is for the show of the decade. A story with compelling and in-depth characters, a thought-gripping plot and a colossal and meaningful conflict belongs on this level; there are very few who can make it here.

Now let’s get to the five categories that we’ll use to judge “Parks and Recreation”. 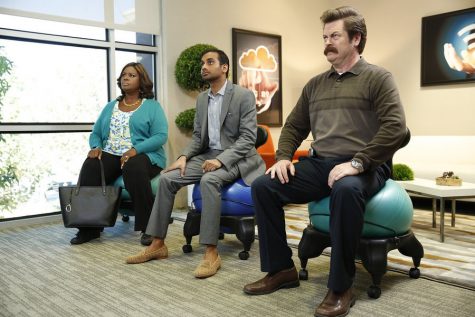 Uniqueness: 6.2 — Although no one has necessarily done a sitcom based on the government (besides “Scandal”, “House of Cards”, “The Good Wife”, “The Wire”, etc.), this show doesn’t offer any particular element that surprises you. Its antics within the workplace seem almost entirely inspired by “The Office” (which I’ve already unironically mentioned five times in this article), but Leslie Knope saves the show from a detrimental performance in this category. She is a government official who handles her duties and responsibilities with concise and strict planning whilst also handling her relationships amongst her peers with the utmost kindness and sincerity. It’s the characters who show the uniqueness in the show, but the setting and plot often drag down what makes the show original.

Character Impact: 9.6 — “Parks and Rec” knocks this category out of the water with ease. Leslie Knope, as explained, has an entirely energetic and refreshing personality, while Ron Swanson, her complete opposite, has a hilariously stern and nationalist ideology; he handles all of his problems in the most “American” way possible while never resorting to politics or promoting any type of agenda besides his love for a traditional breakfast of bacon and eggs and a hatred of vegetables. Andy Dwyer and April Ludgate have this deeply developed dynamic progression which constantly surprises the viewer while Tom Haverford and Donna Meagle are always relied on to provide comedic relief to stressful situations or to expose subplots in the story, and they consistently succeed in entertaining us. The characters make the show. No question.

Relatability: 7.8 — The characters carry this category again. Although the plot may be too boring to pull off on its own, our tremendous cast of dignified misfits show very personal and vulnerable problems that we can relate to and deal with, which connects us more to them and the show itself. Although we can’t relate to Tom Haverford’s obsession with the perfume business or Ron Swanson’s chair-making prowess, the characters pull off a very real exchange of feelings and dilemmas, and it’s always interesting to see how they’re resolved.

Unpredictability: 4.3 — Ouch. I guess one can’t surprise and entertain the viewers steadily in 125 episodes about a show based in a small, local town about parks. Granted, it could’ve been much lower if it weren’t for the characters’ witty antics, but some elements of the story’s progression were just so simple and amateur that it’s hard not to guess what’s going to happen next.

Creativity: 5.2 — The plot’s creativity is completely lousy while the character’s creativity blasted through the roof of every critic’s highest expectations. Thus, I’ll compromise with both sides and chalk up the creativity to slightly above average. I already explained the creative misfortunes of the plot and the uniqueness of the characters, so there isn’t much else to say about the creativity of “Parks and Rec” It’s often best to look at two things when determining certain aspects of a show; one of those things (the plot, setting and conflict) is subpar and dreadful, while the other thing (the charisma, creativity and cleverness of the characters) is pure and amusing.

“Parks and Recreation” struck diamonds with its characters and coal with its plot. It’s not impossible to make a boring setting work, but doing so takes actual creativity centered on the story itself. If the creator(s) focuses all his/her imagination on the characters, he/she simply is not going to feel like they belong in the story to the viewers. That’s where the show fell flat. However, there is arguably no better cast of diverse and charming characters than in “Parks and Rec” every last detail, personality trait and backstory is carefully separated from each other in a way that makes us as viewers cheer, cry and laugh for them. As I previously stated, the characters save the show. They do this in such a clear and defined way that it’s very easy for us to forget about the show’s flaws and just focus on the characters’ next moves.

“Parks and Recreation”, airing from 2009-2015, lasted seven seasons with NBC. The sitcom starred Amy Poehler, Nick Offerman, Aziz Ansari and Chris Pratt, among many other talented actors/actresses. The show is available to stream on Netflix, Amazon Prime Video and Hulu.