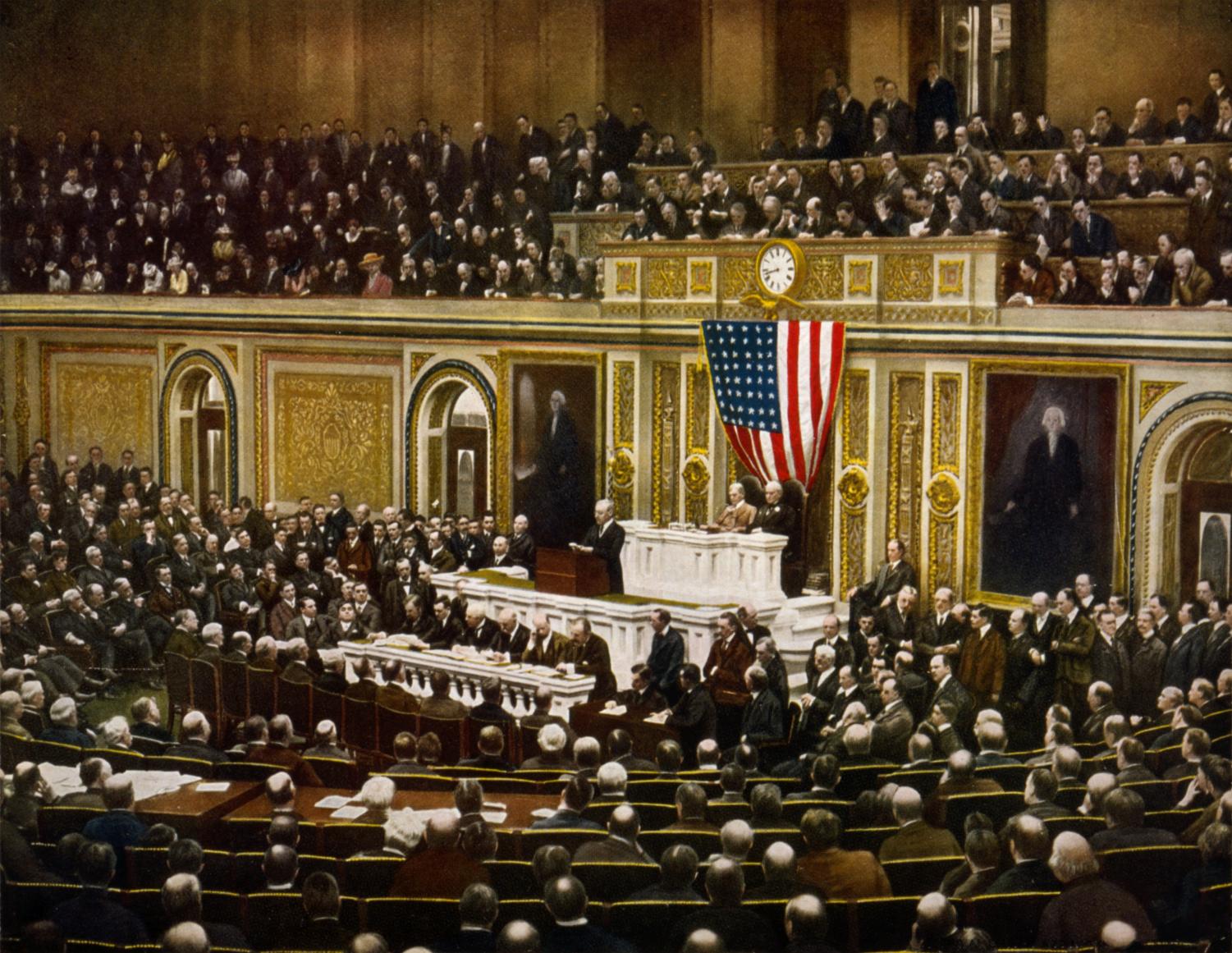 On April 6, 1917, the United States of America officially declared war on Germany and entered World War One. After about two and a half years, congress signed a declaration of war confirming their entry into the first world war. Public opinion varied over the course of the war debating whether the country should join. These people who opposed conflict included the current president, Woodrow Wilson.

When the war broke out in 1914, the US stayed out of the conflict only keeping up shipments between all European countries to remain neutral. Once the year 1915 came, things changed as Germany decided waters around the British were a war zone causing problems with ships to America. Britain’s inclusion as one of the USA’s closest trading partners grew tension between America and Germany.

On May 7, 1915, a German boat shot a missile and sank the RMS Lusitania. The ocean liner was traveling from New York to Liverpool, England and more than 1,900 passengers and crew members were on board. 1,100 people died including 120 Americans which quickly changed views on a passive war stance in the US. This was only pulled forward as in November 1915, another German boat killed at least 20 Americans on an Italian liner. Germany decided to then pledge to end unrestricted submarine warfare.

Different communities in the US had varied opinions on whether the US should enter the war or not. The South had a strong antiwar stance while Christian churches tended to prefer the pacifist route. German Americans were worried in particular over receiving negative treatment as German descendants in other countries were being mistreated.

In January 1917, Germany retracted their pledge to end unrestricted submarine warfare to give an advantage to their side. Three days after the announcement, the US cut off diplomatic relations with Germany, and a few hours later, an American liner was sunk by a German U-boat.

By the end of February, an arms-appropriations bill was passed to prepare the United States for war. Then, Britain gave the US ambassador a message known as the “Zimmermann Note,” a coded message from the German Foreign Secretary Arthur Zimmermann. The note states that provided the US joins the war, Mexico would join as Germany’s ally. Germany would then aid in taking back Arizona, New Mexico, and Texas.

In late March, Germany attacked and sank four more American vessels which resulted in President Woodrow Wilson to call to Congress for a declaration of war. The Senate voted on April 4th passing 82 to 6 with 8 members not voting at all. At 3 a. m. on April 6th, the House voted in favor 373 to 50 with the House Speaker signing it shortly after. Once Woodrow Wilson signed off the declaration at 1:11 p.m., the war against Germany was on.