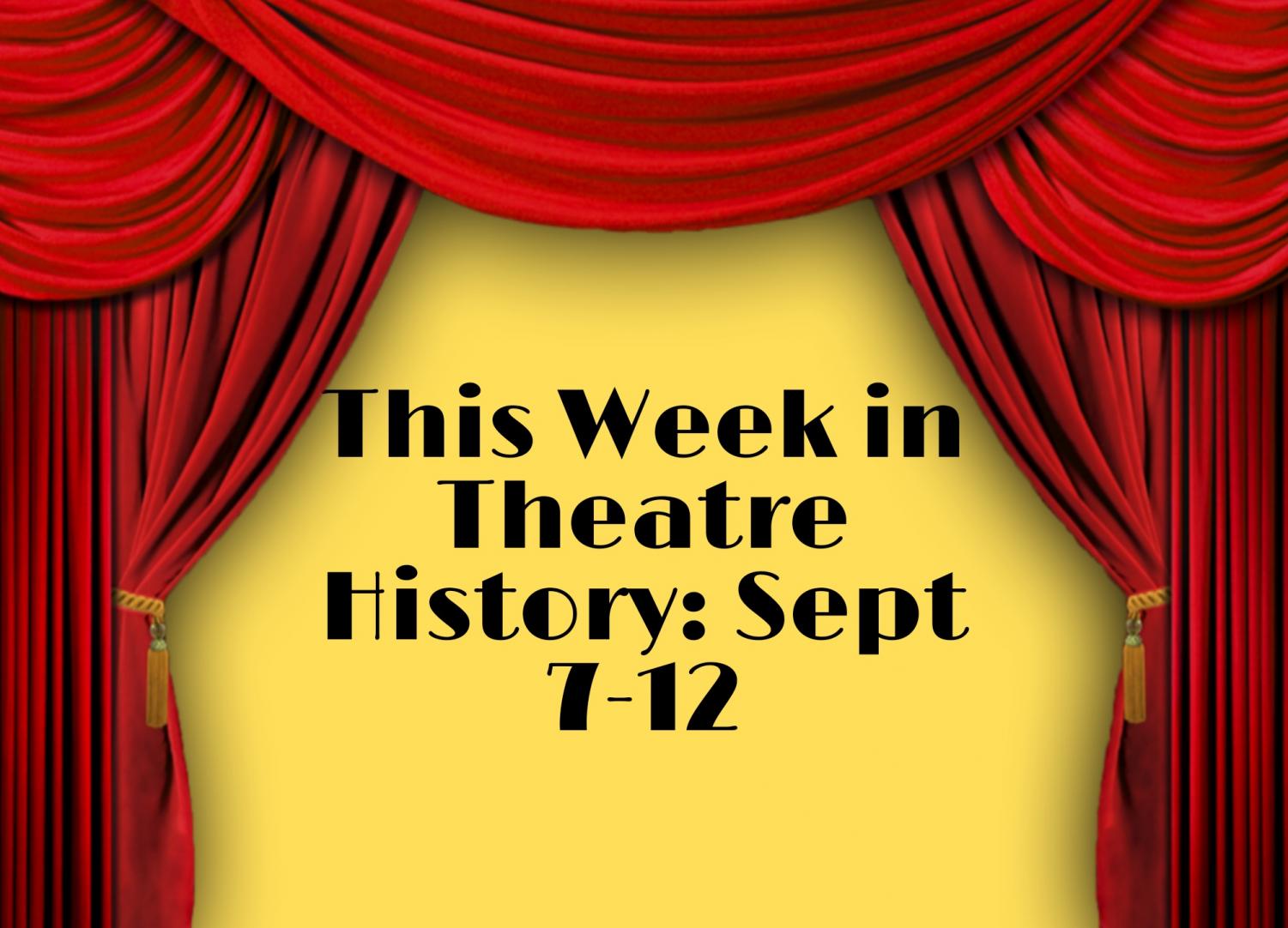 This Week in Theatre History: Sept. 7-12

For This Week in Theatre History, take a look to see some of the most influential events that occurred from September 7th to September 12th. From the closing of two of the most popular Broadway shows to the Broadway debut of three famous Jazz singers, many interesting things happened in history during this week.

Starting off with September 7th, 2008, the musical “Rent” ended its 12-year run at the Nederlander Theatre with 5,123 performances. The show ended off with a bang by singing an electric version of the famous song “Seasons of Love” with the current and original cast. Beginning with tragedy from the death of Jonathan Larson who wrote the music, book, and lyrics of “Rent”, it became a sensation attracting a wide range of audiences. The following year, 2009, the show made another national tour reprising a few of the original actors.

On September 8th, 1975, Jazz stars Frank Sinatra, Ella Fitzgerald, and Count Basie made their Broadway debuts in an exclusive show dubbed “The Concert”. The show lasted for a limited 2 week run with a total of 16 performances and grossed about 1.08 million dollars. “The Concert” was said to contain stand-up comedy by Sinatra, instrumentals, and several songs sung by Fitzgerald and Sinatra with Basie leading the band.

For September 9th, 1947, at the pressure of the House Un-American Activities Committee (HUAC), the Actors’ Equity Council proclaimed that no communists and fascists could run for an official position. The Council also required all current officers to sign a statement under oath they were not communists or fascists. The HUAC was created to investigate organizations suspected of fascist ties. This event was the first time a performing arts organization would actively control its own membership.

On September 10th, 2000. Andrew Lloyd Webber’s “Cats” closed after almost 18 years and 7,485 performances. It held the title of longest running musical for six years until “The Phantom of the Opera”, also written by Webber, overtook the title. During the years leading up to 2000, the theater became more empty than full, predicting its future close. “Cats” was insanely influential, introducing more flashy staging and design. “Cats” would later have a revival in 2016 and proceed to close the following year with 593 performances.

Due to the attacks on 9/11, 2001, all theatre performances were shut down until September 13th. While the theaters weren’t required to shut down, they proceeded as the tunnel, bridges, and subways were all closed down preventing audiences and workers from getting to the theaters. Several opening shows were delayed such as “Assassins” and “Urinetown”. Following the events of 9/11, many shows were born out of the tragedy including “The Guys”, “Omnium Gatherm”, “Portraits”, “Recent Tragic Events”, and “Come From Away”.

Lastly on September 12th, 1866, the musical “The Black Crook” had its debut performance. “The Black Crook” is considered one of the first musicals that made way for modern musicals today. It made a breakthrough 484 performances during times where 20 performances were considered many. The show was revived several more times the next ten years. In 2016, an Off-Broadway production went for a limited run in celebration of its 150th anniversary.