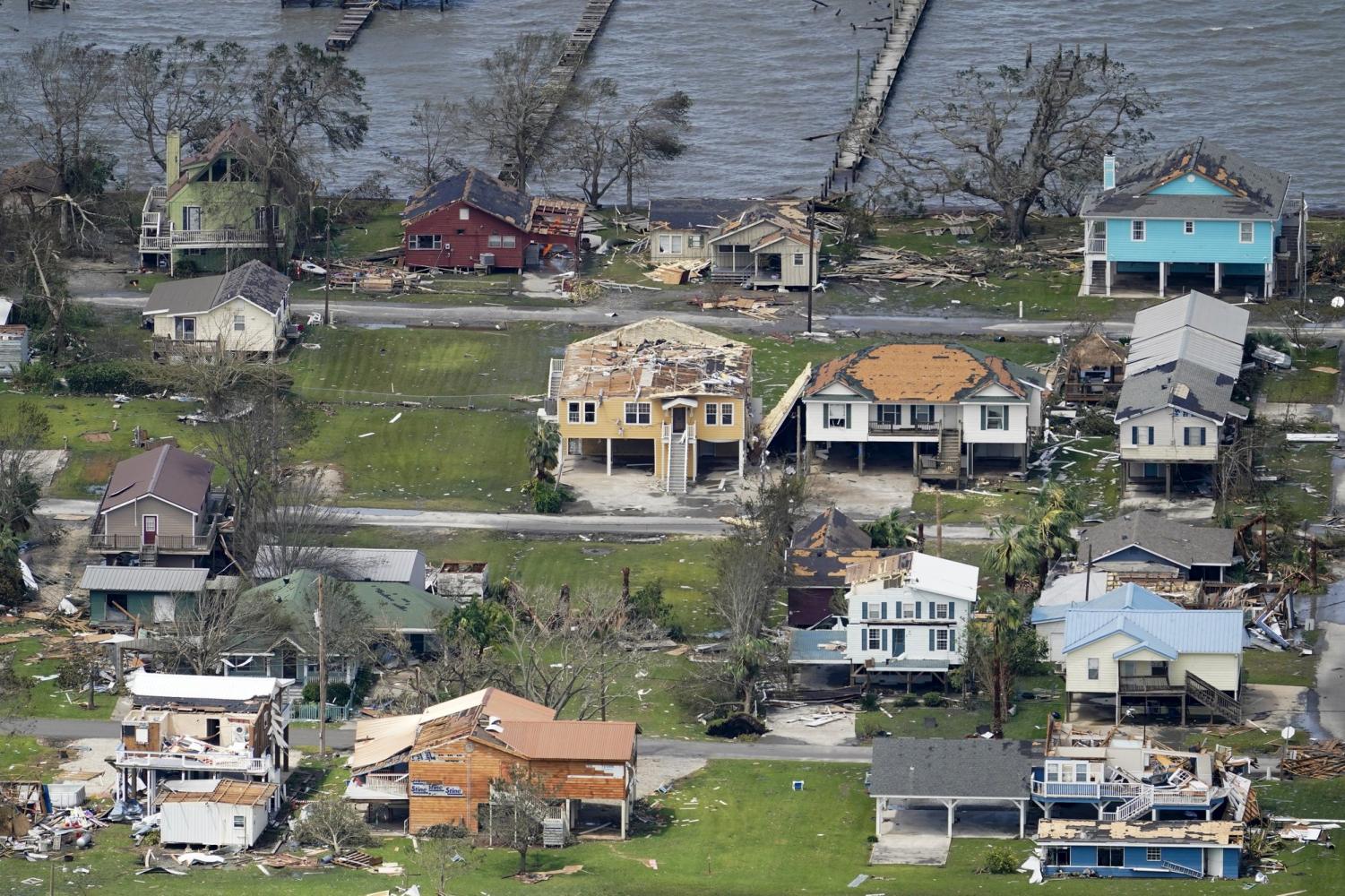 Buildings and homes are damaged in the aftermath of Hurricane Laura Thursday, Aug. 27, 2020, near Lake Charles, La.

The U.S Gulf Coast suffered from a Hurricane more powerful then Katrina

Hurricane Laura ripped through Louisiana and parts of Texas, destroying homes, taking lives, and covering the streets in debris. On August 27, 2020 Louisiana experienced a category 4 hurricane that reached over 150 mph when making landfall. This Devastating hurricane left about 600,000 people without water or access to water for what could be weeks or even months. With over forty nursing homes relying on generators, people are trying to figure out if more than 860 residents and 11 facilities that had been told to evacuate can return. Over 8,000 homes are now in ruins or suffering major damage. Despite Hurricane Laura making landfall in the U.S, when passing through Haiti and the Dominican Republic it had taken over two dozen lives, along with  people who were killed in the U.S. They were not killed by the storm itself, but carbon monoxide poisoning from extreme use of generators that reportedly killed 16 citizens in Louisiana and Texas. Nic Hunter, the mayor of the hardest hit area in Lake Charles Louisiana, said that it was unclear on when the power may be restored. The aftermath of Hurricane Laura didn’t just bring unexpected deaths to families, many were also threatened by tornadoes the day after the hurricane had passed through.

Along with flash floods all over the state including the parts that weren’t hit by Laura itself. This hurricane turned into a tropical depression and has caused more damage than Hurricane Katrina when it made landfall in 2005. Over Labor Day Weekend major parts of the cleanup had begun, emergency rescue teams had started picking up huge chunks of debris out of roads, and Rescue teams also started to repair signs and pick up telephone poles off the ground and out of people’s homes. Over the next couple of months or even years there will be a lot of hard work put in to repairing the state and trying to make things normal again.