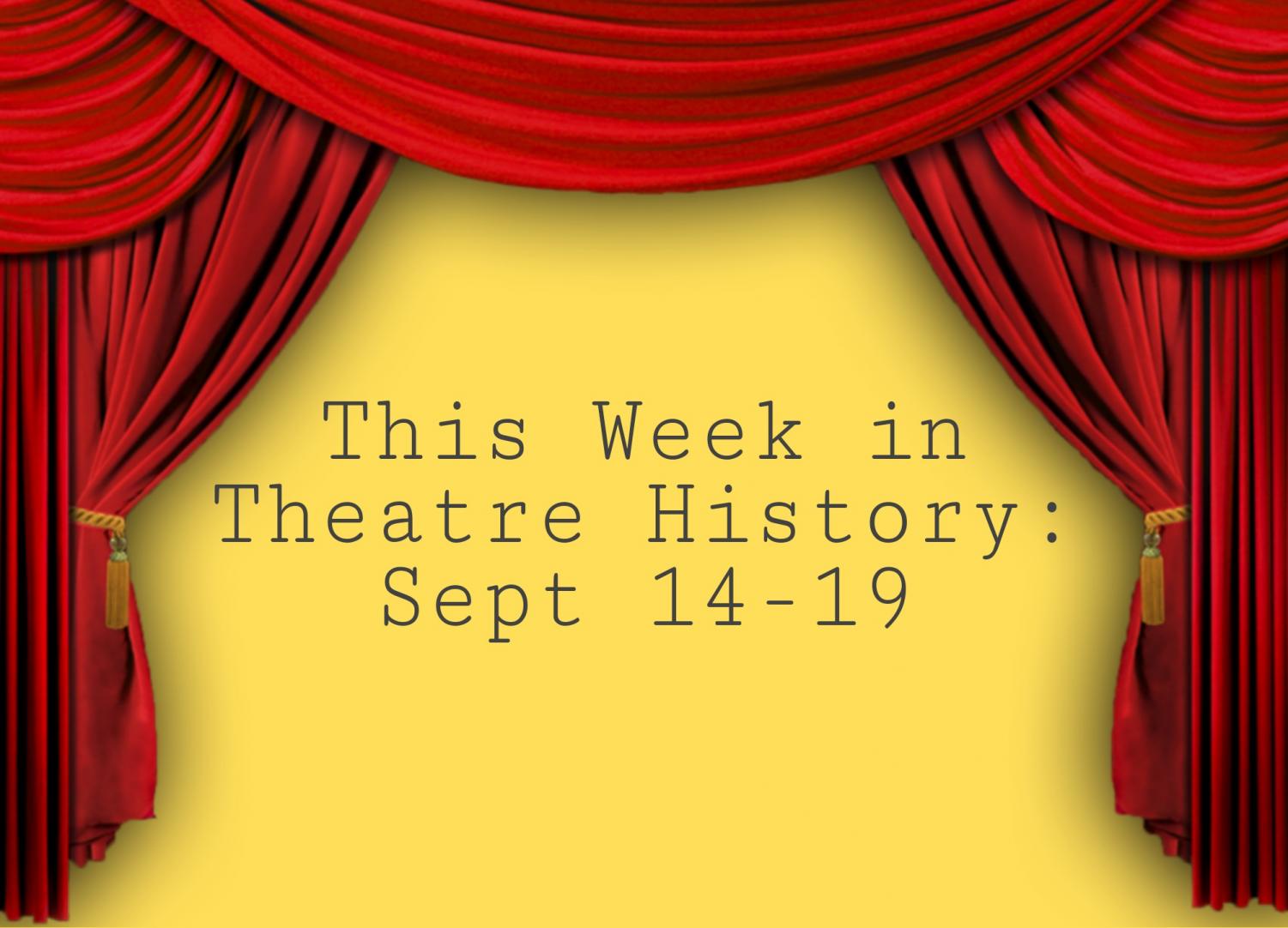 During this week of September 14-19, several significant events have happened years ago. Going back to the early 1800s up to only 15 years ago, there have been aggressive theater protests, famous theater celebrity deaths and spectacular show debuts, some even being evacuated due to bomb threats.

Beginning with September 14, 2009, popular actor Patrick Swayze died of pancreatic cancer. While Swayze is most known for his roles in films such as ”The Outsiders”, “Ghost”, and “Dirty Dancing”, he has also performed on Broadway and West End. Swayze made his Broadway debut as a replacement for the character Danny Zuko in “Grease” during the show’s original run. He also played Billy Flynn in the 2003 production of “Chicago”. Swayze made his West End debut in the 2006 revival of “Guys and Dolls”.

On September 15, 2004, Disney’s “Mary Poppins” made its world premiere in Bristol, England 40 years after the movie’s initial release. The show opened 3 days later for the next month as a limited show. The stage version of “Mary Poppins” incorporated parts from both the film and book it was based after. At P. L. Travers, the writer of “Mary Poppins”, request, none of the original cast of the movie could reprise their roles for the show. The production had great success and was translated in several European countries the following years.

For September 16, 2003, Hugh Jackman made his Broadway debut in the biography musical about star Peter Allen called “The Boy From Oz” revised by Martin Sherman. Jackman then won the Tony for Outstanding Actor the next year which he also hosted. This was not the first time Jackman has been on stage as he’s performed in many plays such as “Beauty and the Beast”, “Sunset Boulevard”, and “Oklahoma!” where he also starred in the 1999 film version.

On September 17, 1917, the play “Hamilton” by George Arliss and Mary P. Hamlin opened at the Knickerbocker Theatre. While sharing the name of the popular musical, this version is a play that follows Hamilton’s attempt to create a Constitution and adjust America’s financial system. In 1931, a film named “Alexander Hamilton” was released based on the play. Actor George Arliss reprised his role as Hamilton for the film. Unlike the musical, the play doesn’t end with Hamilton’s death at the hands of Aaron Burr.

Beginning on September 18, 1809, London theatre goers rioted over a rise in ticket prices. The Covent Garden Theatre raised their ticket prices to accommodate the debt due to rebuilding the structure the previous year. On the opening night of a production of “Macbeth”, the audience drowned out the show by yelling and being disruptful. They refused to leave for hours and then returned the next morning to continue protesting. This happened constantly for three months until the ticket prices were set back to its original state.

Finally on September 19, 1974, The Winter Garden Theatre was evacuated on the first preview for the revival of “Gypsy” due to a bomb threat. The show returned shortly after the evacuation as it was proven false. Despite the scare, “Gypsy” star Angela Lansbury won the Tony and Drama Desk awards for her portrayal of the character Rose. The musical would continue until January 4, 1975 with 120 performances and four previews.