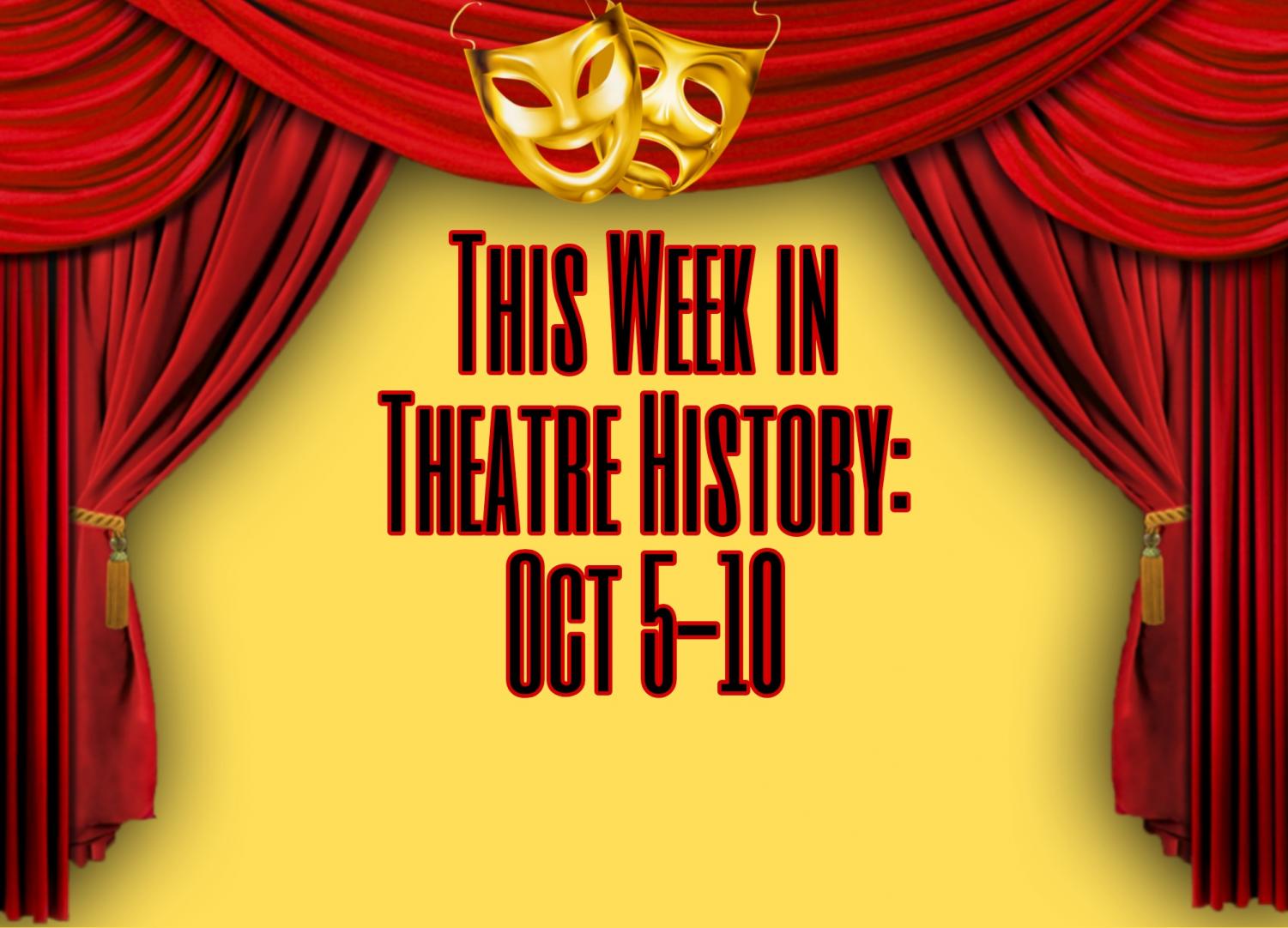 This Week in Theatre History: October 5-10

During this week of theatre history, many shows have opened up from Shakespeare classics, retellings, and famous plays. Additionally there’s been the passing of a famed choreographer and Broadway debuts of comedy stars.

Starting off with October 5, 2004, the Goodman Theatre premiered playwright Arthur Miller’s “Finishing the Picture”. It lasted for a month’s engagement until November 7th, 2004. The play was loosely based on Miller and then-wife Marilyn Monroe’s time on the set of 1961 film “The Misfits”. The story followed a successful actress whose acting deteriorated by drug abuse and mental illness. “Finishing the Picture” ended up being Miller’s last play before his death in February the next year.

Next up is October 6, 1974, where musical Mack & Mabel went onto Broadway with Robert Patton and Bernadette Peters as the stars. Despite its very short run, the show was nominated for 8 Tony Awards but unfortunately won none.. The musical was based on the silent film era and the relationship between Mack Sennett and Mabel Normand and the early days of Keystone Studios. The musical was much more successful in front of West End audiences.

For October 7, 1993, choreographer Agnes de Mille died at age 88. She was known for choreographing classic Broadway shows such as “Oklahoma!”, “Carousel”, and “Brigadoon”. President John F. Kennedy appointed de Mille as a part of the National Advisory Committee of the Arts. De Mille was placed into the American Theater Hall of Fame in 1973 along with receiving many awards from a Tony award, Drama Desk, and the National Medal of Arts.

On October 8, 1936, “Hamlet” opened onto Broadway. “Hamlet” is known as Shakespeare’s longest play which follows the tragedy of the character Hamlet and the results of seeing his dead father’s ghost. The show only lasted for a month but has been revived countless times with much praise. Recently stars such as Benedict Cumberbatch and Tom Hiddleston played the role for limited engagements selling out extremely fast.

Finally on October 10, 2016 in more recent years, comedy stars Nick Kroll and John Mulaney went on Broadway with their own show “Oh, Hello”. It’s about two elderly men known for their questionable beliefs and tendency to say “oh, hello” at the same time. Kroll and Mulaney first developed their characters at a comedy club but were able to take them further on the “Kroll Show”. When taken to Broadway, the show surprisingly had very positive reviews despite a lack of actual plot. The show closed later on January 22, 2017.