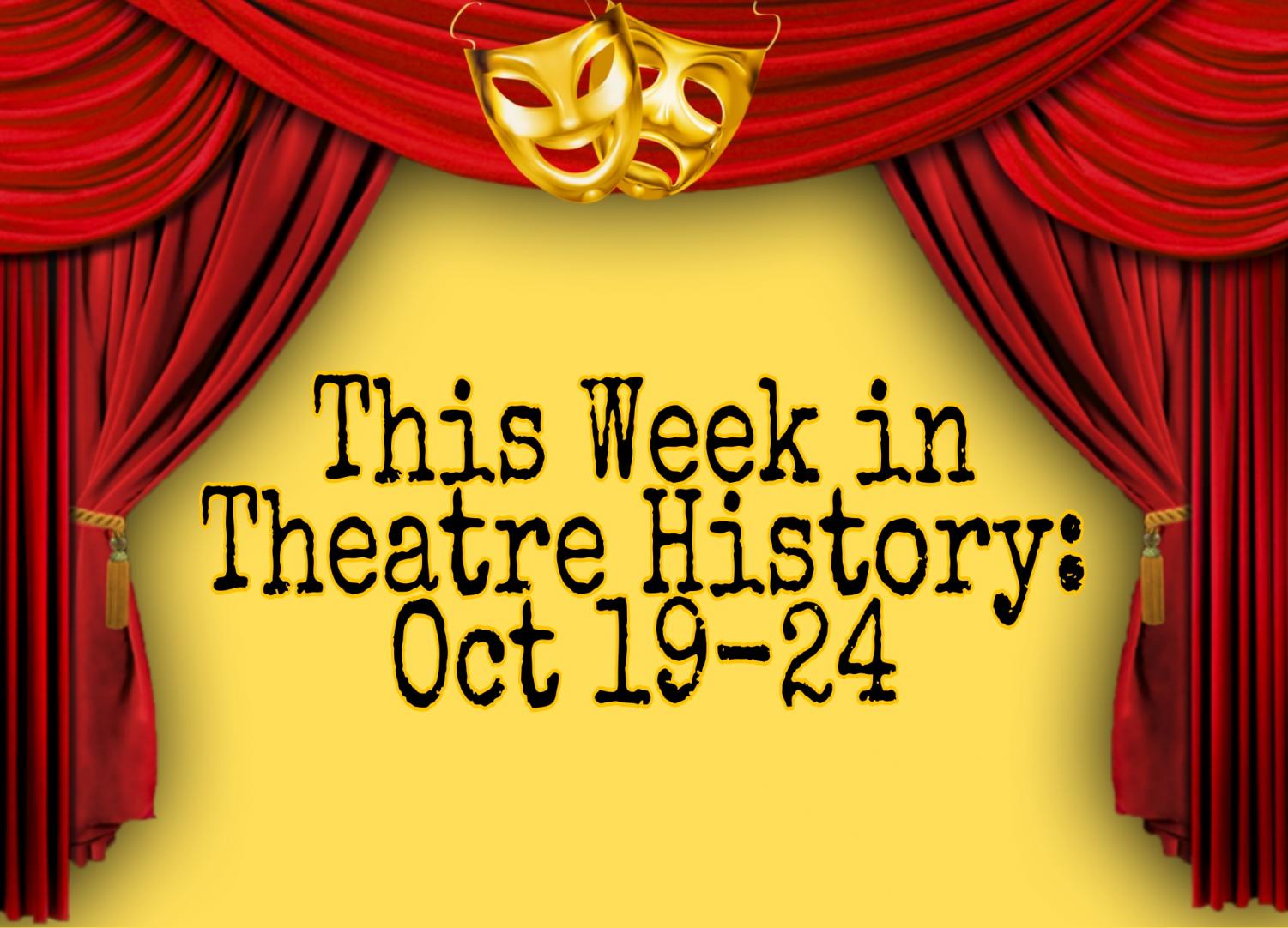 This Week in Theatre History: October 19-24

Throughout this week between October 19 and October 24, musicals have opened, classic plays have been revived, and small performances have launched careers. Read on to learn more about these events occur as early as the 1920s and late as the 2010s.

First off on October 19, 1975, “A Chorus Line” opened on Broadway after previews for three months. The show is about seventeen Broadway dancers that are auditioning to be a part of a chorus line. The show won 9 out of 12 Tony nominations and later won the 1976 Pulitzer. “A Chorus Line” was the longest running show in Broadway history for 25 years an 6,137 productions. The musical “Chicago” was taken over in popularity by “A Chorus Line” but ended up surpassing it when “Chicago” was revived in 1996.

On October 20, 1947, The National Theatre held Robinson Jeffers’ version of the classic Greek play, “Medea” by Euripides. The play follows the myth of Jason and Medea where Medea enacts revenge on Jason when he leaves her for another woman. Lead Judith Anderson won the Tony Awards for Best Actress in a Play at the 2nd Tony Awards. Marian Seldes also made her Broadway debut launching her career as an actress. The 1947 production lasts for 214 performances.

For October 21, 1983, The Brooks Atkinson Theatre was robbed at gunpoint in between performances of the biographical play “Kean.” “Kean” is a solo play about the grand Shakespearen actor who performed during the 1800s who was well-known for his acting, personal life, and influence on Shakespeare plays. Ben Kingsly played the character and was asleep in his dressing room while the theatre was being robbed. No one was hurt and the show went on for 29 performances total over a month.

More recently on October 22, 2015 the musical “Dames at Sea” finally ended up on Broadway after 47 years when it first appeared Off-Broadway in 1968. “Dames at Sea” helped actress Bernadette Peters launch her career for bigger productions such as “Into the Woods”, “Hello, Dolly!”, and “Annie Get Your Gun.” The musical is meant to parody flashy 1930s movies where a chorus girl embarks to New York City to become a Broadway Star. “Dames at Sea” included actors such as John Bolton, Mara Davi, and Lesli Margherita.

Next to last on October 23, 1928, the Marx Brothers went onto Broadway with a musical comedy called “Animal Crackers.” This would end up being the 3rd and last Broadway show the Marx Brothers would perform in. “Animal Crackers” was made into a film in 1930 with much success and the brothers would focus more on films from then on. The musical production went on for 191 performances and was revived in several theatres across the USA.

Last but not least on October 24, 1935, the play “Mulatto” by the poet Langston Hughes opened at the Vanderbilt Theatre. The play follows an interracial couple in the Old South and is one of the early Broadway plays to combine race issues with father-son conflicts. The wife is played by Rose McClendon who was a founder of the Negro People Theatre in 1935 and “Mullato” would be her last play. The play was highly regarded among audiences but critics had much more negative reviews. “Mulatto” ran for 373 performances in 11 months.