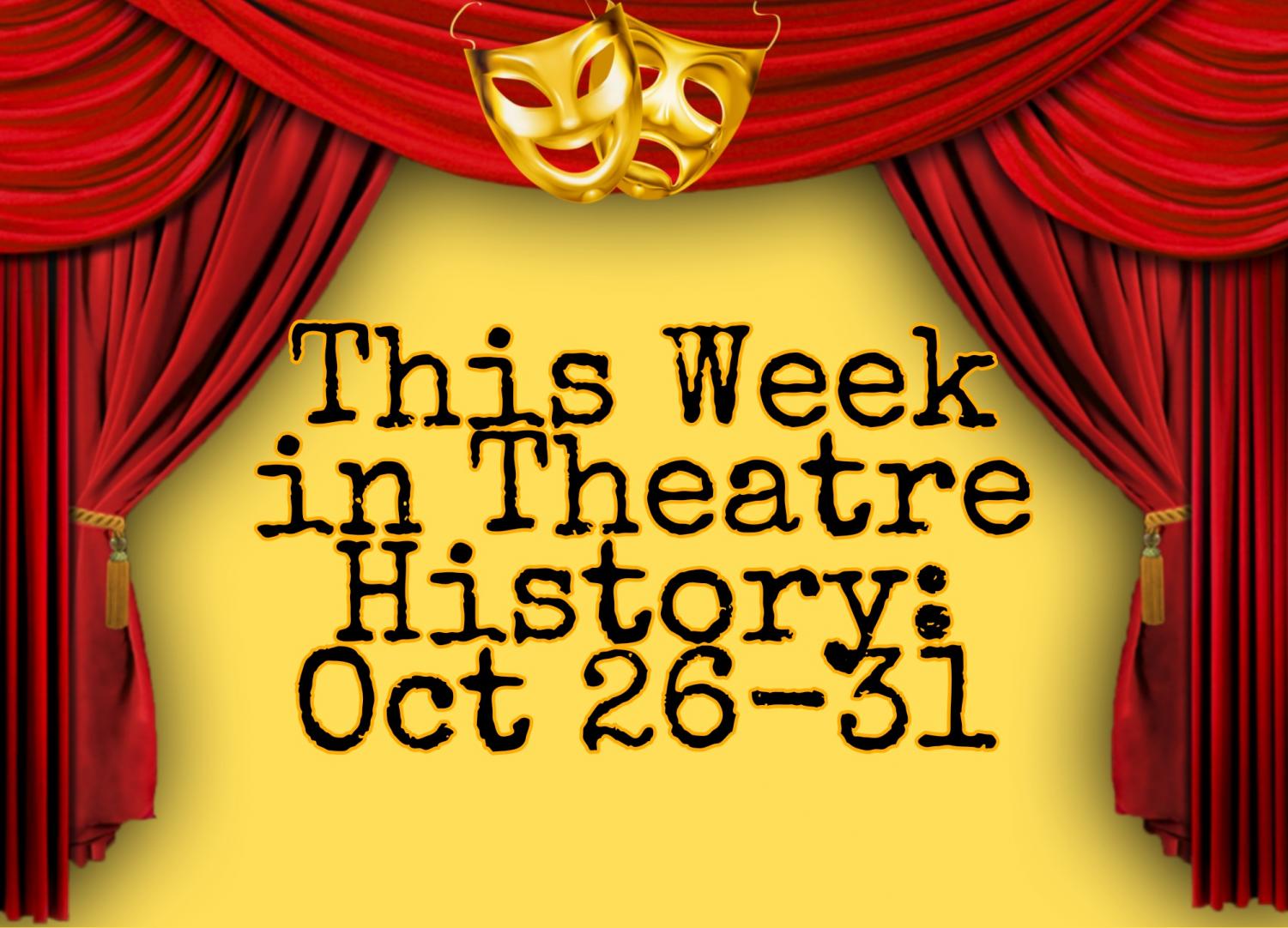 During this week of theatre history, open up the gates for Halloween and cool theatre trivia. There will be deaths of stars, new revivals, and the opening date of a current Broadway classic.

Beginning on October 26, 1993, American composer Harold Rome died at the age of 85. He wrote shows such as “Call Me Mister”, “Wish You Were Here”, and a musical adaptation of “Gone With the Wind.” Rome was inducted into the American Theater Hall of Fame in 1991. Early in his career, Rome wrote the musical “Pins and Needles” which was one of the longest running musicals of the 1930s. His musicals first based themselves in politics but later shifted to more current issues.

On October 27, 2005, “The Producers” movie co-stars Nathan Lane and Matthew Broderick came together for a revival of “The Odd Couple” by Neil Simon. The play follows the adventures of Felix Ungar, a news writer, who moves in with his friend Oscar Madison a sportswriter. The comedy sold out quickly during its limited run leading to an extension and made over 16 million dollars. This would not be the only time Lane and Broderick would return together as in 2014 they’d group up in Terrence McNally’s “It’s Only a Play.”

Next on October 28, 1979, actor Arnold Soboloff died off stage of a heart attack during a performance as Mr. Smee in “Peter Pan”. After singing and dancing through a song of the second act, Soboloff exited the stage and went to the stage manager’s office where he collapsed without interrupting the show. Soboloff appeared in many Broadway shows and movies showing his versatility as an actor in multiple platforms before his untimely death at 48.

In lighter news, on October 29, 1891, the comedian Fanny Borach, more known as Fanny/Fannie Brice was born. She made several appearances through radio, singing, theater, and film. She was the main star for several years in the Ziegfeld Follies which was a series of mini Broadway productions. Brice gained fame through her comedy routines and recording of the song “My Man”. Fanny Brice also inspired the 1964 musical “Funny Girl”.

17 years ago on October 30, 2003, the hit musical “Wicked” opened on Broadway at the Gershwin Theatre. The musical is based off the 1995 novel of the same name which follows an untold story of Elphaba (the Wicked Witch of the West) and Galinda (Glinda the Good Witch). The original cast included stars such as Idina Menzel, Kristin Chenoweth, and Joel Grey. “Wicked” went on to win over 15 awards from its collective productions. It wound up surpassing ”Les Miserables” as Broadway’s 5th longest running show.

Finally on October 31, 1982, the League of New York Theatres and Producers revealed that at least 14 Broadway shows are financed by movie companies. This is significant compared to the only two shows that were financed by said companies. For decades on Broadway, private investors would provide funds for shows, but as the economics of theater changed funding did as well. Having movie companies fund Broadway reduces loss to investors; however, it leads to the large control on entertainment by Hollywood.