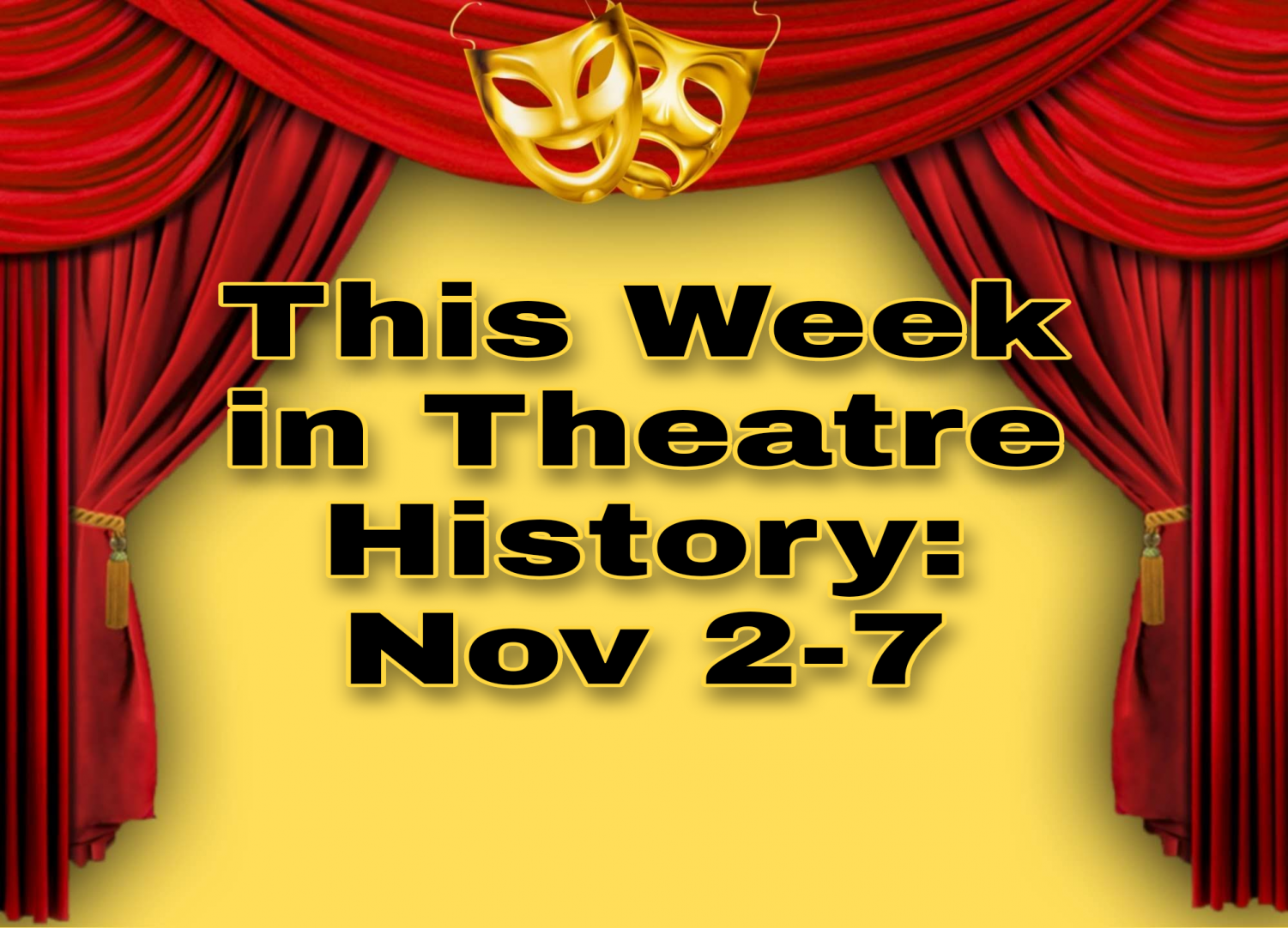 This Week in Theatre History: November 2-7

During this week in theatre history there will be the exploration of Broadway policies, the launch of a Broadway favorite, and the birth of an influential theatre director for Off-Off-Broadway.

Starting off with a tribute, on November 2, 2016, Kristin Chenoweth opened “My Love Letter to Broadway” which was a two-week concert dedicated to songs Chenoweth previously sung or loved. Some songs included “Part of Your World” from “The Little Mermaid”, “Bring Him Home” from “Les Miserables”, and “Popular” from “Wicked”. The show brought on many other stars such as Renée Fleming, Jason Robert Brown, and Sierra Boggess. Chenoweth included these artists to ensure that every performance would be unique,

Going to the law books on November 3, 1982, the New York Drama Critics’ Circle voted to deny broadcast media critics to be able to vote for the NYDCC awards. The policy is still in effect today. This would not be the only time the Drama Critics have prevented media critics from voting as 6 years later New York Times critics couldn’t participate. The action was reversed then reinstated in 2002 where it continues today.

Shifting to the 1910s, on November 3, 1914, “The Passing Show of 1914” encountered controversy when Boston Mayor, James Micheal Curley, felt disturbed by the female costumes that exposed their legs. Boston’s Purity Squad ordered the producers to cover up the ladies. The producers agreed and added tights to the chorus girls. The show’s costume team incorporated outfits that included shorter skirts and necklines that would be considered risque to the audience which explains Mayor Curley’s outcry.

Next up on November 5, 1987, Stephen Sondheim’s show “Into the Woods” opened on Broadway at the Martin Beck Theatre. This musical would soon become a hit when it took the stories of several fairy tales and intertwined them into a narrative dragging all audiences. Many of the songs became well-known, such as “Agony”, “Giants in the Sky”, and “No One is Alone”, after the 2014 Disney film was released. The musical won the NYDCC award and Drama Desk award for best musical along with 3 out of 10 nominated Tony Awards.

Based on the 1960’s rock ‘n roll group The Four Seasons, on November 6, 2005 the jukebox musical “Jersey Boys” premiered on Broadway. The plot follows each member of the band’s perspective on their music in the format of four seasons. The show ran for 12 years and 4,642 performances. “Jersey Boys” became a Tony Awards underdog after surprisingly winning the Tony Award for Best Musical.

Lastly, on November 7, 1919, Ellen Stewart was born. She was a theatre director and producer however she was also the founder of La MaMa Experimental Theatre Club which led to the creation of Off-Off-Broadway. The La MaMa Experimental Theatre Club allowed for playwrights to experiment their work without critics. Some people who started there included Harvey Fierstein, Sam Shepard, and Robert De Niro. She became the first Off-Off-Broadway producer to be inducted into the American Theater Hall of Fame in 1992.