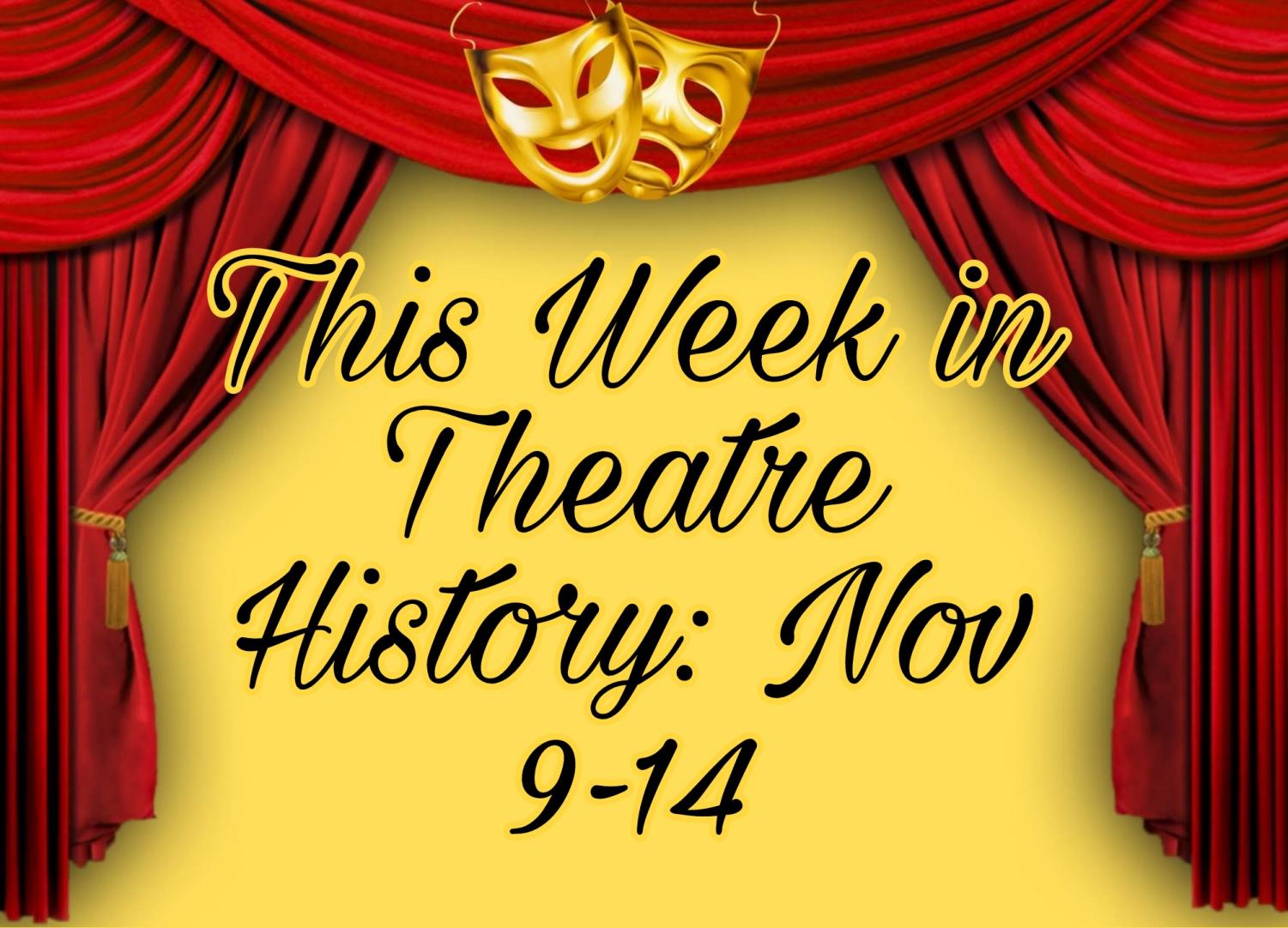 This Week in Theatre History: November 9-14

Throughout this week in history from November 9 to November 14, there will be covering of recent historic events such as the openings of “Nastasha, Pierre, & The Great Comet of 1812”, “Long Story Short’, and the Los Angeles Kodak Theatre. Much earlier events include the birthdays of Tim Rice and Edwin Booth.

First up on November 9, 2010, the former Saturday Night Live cast member Colin Quinn opened the show “Long Story Short” on Broadway. “Long Story Short” was a solo comedy show about the decline of history’s great empires. Quinn combined witty humor with a history lesson and comparisons to modern skeptics to deliver an enticing watch. The play lasted for about 5 months, ending on March 5, 2011.

Up next is November 10, 1944 which was lyricist Tim Rice’s birthday. Rice is most well-known for collaborating with Andrew Lloyd Webber. However, he has worked with other musical stars such as Elton John and Alan Menken. Some of the works Rice has done include “Jesus Christ Superstar”, “Aladdin”, and “The Lion King”. Rice has received many awards for his efforts such as a star on the Hollywood Walk of Fame, a Disney Legend recipient, and he was knighted by Queen Elizabeth II for his music in 1994.

One fun event was the reopening of “The Pee-wee Herman Show” on November 11, 2010. The show was developed by Paul Reubens in the 1980s which would later result in the Pee-wee films. Reubens reprised his own role in this 2010 revival in hopes of garnering attention for a possible new film. The modern rewrite of the 80s musical included modern references, new characters, and it drew inspiration from the TV series “Pee-wee’s Playhouse”. This production was recorded as a HBO special which premiered on March 19, 2011.

On November 12, 2001, the Los Angeles Kodak Theatre opened with The Ovation Awards, honors for Los Angeles theatre. The Kodak Theatre is located in the Hollywood district of LA and was later renamed as the Dolby Theatre as Dolby Laboratories where they signed a 20-year naming contract.. The Dolby Theatre is famous for holding the Academy Awards and “American Idol” along with other televised shows.

Going to the history books, on November 13, 1833, was American actor Edwin Booth’s birthday. If that name sounds familiar, Edwin Booth is brother to the famed John Wilkes Booth who assassinated Abraham Lincoln. Edwin Booth had a famous career as a Shakespearen actor not influenced by his brother. He performed roles such as Hamlet in “Hamlet”, Brutis in “Julius Caesar”, and Tressel in “Richard III”. Before the assasination, Edwin would perform alongside his brothers John Wilkes and Junius Brutus Booth Jr.

Last but certainly not least on November 14, 2016, the show “Natasha, Pierre & The Great Comet of 1812” opened on Broadway at the Imperial Theatre. “Great Comet” debuted the actor Josh Groban as the character Pierre Bezukhov and actress Denée Benton as Natasha Rostova. The musical is based on a 70 page section of the novel “War and Peace” by Leo Tolstoy. “Great Comet” was nominated for 12 Tony awards, one of the highest number of nominations, however they only won 2.