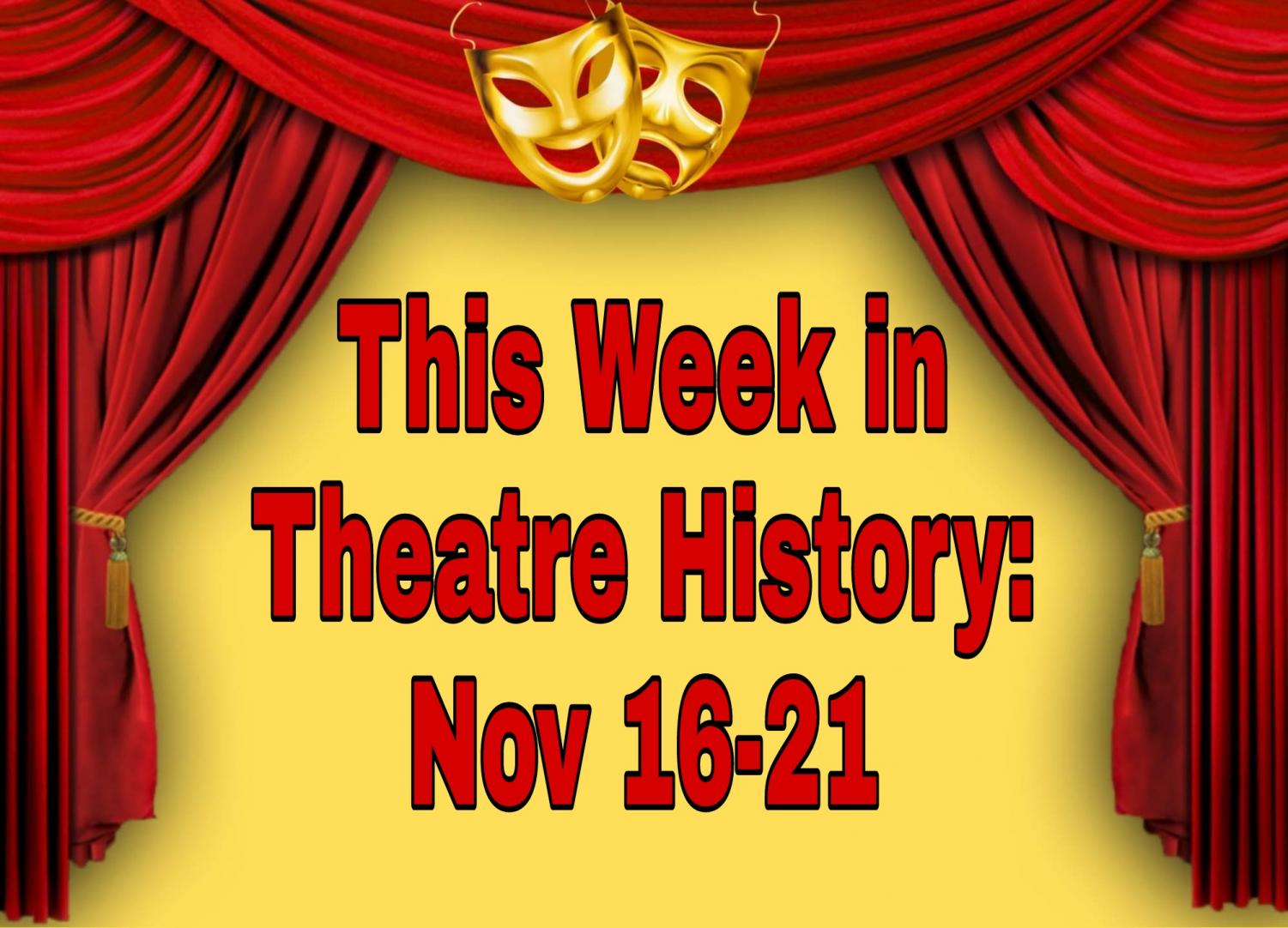 This Week in Theatre History: November 16-21

During this wintery week in theatre history between November 16 to 21 there is the death of a widely unknown theatre manager, the opening of the only Broadway show made by the US Army, and the birthday of a popular French author.

Beginning on November 16, 1940 the theatre manager Martin Beck passed away. He was a vaudeville theatre owner and manager, founded the Orpheum Circuit (a chain of vaudevilles and movie theaters), and he built the Palace and Martin Beck Theatres in Broadway’s district. Beck was also a close friend of Harry Houdini and Beck helped Houdini launch his career and became a close friend and booking agent for the man.

Second on November 17, 1901, the actor Lee Strasberg was born in Austria-Hungary. He was known for also being a director, producer, teacher, acting coach, and writer. Strasberg founded the Group Theatre and became director of the Actors Studio which was known as America’s most prestigious acting school. He is considered the father of method acting in America and he trained several actors such as James Dean, Marilyn Monroe, and Robert De Niro.

Next on November 18, 1930, Lili Hatvany’s play “Tonight or Never” opened at the Belasco Theatre. The show is about a prima donna (played by actress and politician Helen Gahagan) and her relationship with an opera scout. The play lasted for about 7 months ending in June, 1931 with 232 performances. In 1931, “Tonight or Never” was adapted into a film with some actors reprising their roles while Gloria Swanson played the lead.

On November 19, 1962, the play “Lord Pengo” opened starring Charles Boyer at the Royale Theatre for 175 performances. Playwright S. N. Behrman reworked his play “The Days of Duveen” for Charles Boyer specifically. “Lord Pengo” is a comedy based on the art dealer Joseph Duveen who was known for being one of the most influential art dealers of all time. The cast also included Brian Bedford, Agnes Moorehead, and Henry Daniell.

Next to last on November 20, 1943, Moss Hart’s musical play “Winged Victory” went on Broadway. This play tells the story of recruits struggling to get through pilot training. “Winged Victory” was created by the US Army Air Forces to boost soldier morale for WW2 and doubled as a fundraiser for the Army Emergency Relief Fund. The cast was composed of real soldiers with their actual ranks listed. Many soldiers in the play pursued roles of acting or jobs in the entertainment industry after the war.

Finally jumping back to the 17th century on November 21, 1694, the French author François Marie Arouet also known as Voltaire. His novel “Candide” inspired a musical of the same name. Voltaire also wrote over 50 plays in his time such as “Oedipus”, “L’ Orphelin de la Chine”, and “Agathocle”. Many of his plays were tragedies and not all were performed however Voltaire became one of the first authors that achieved international success.