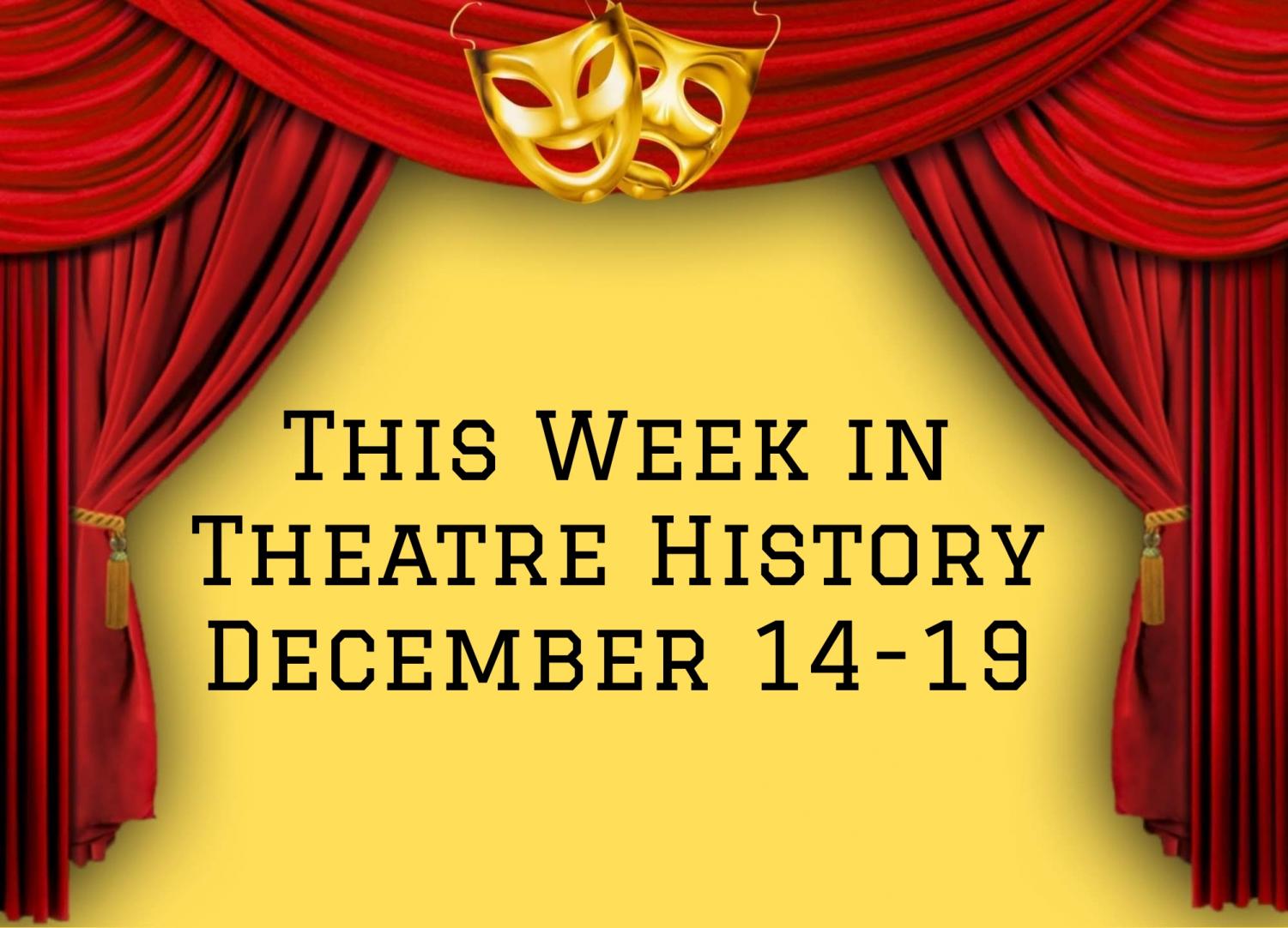 This Week in Theatre History: December 14-19

This week in theatre history from December 14 to 19, shows the adaptation of a favorite film, the deaths of an actor and a writer, and the birth of an organization dedicated to helping Broadway now more than ever.

Starting on December 14, 2008, Dreamworks Animation adapted their film “Shrek” into a musical written by David Lindsay-Abaire and took it to Broadway. “Shrek the Musical” takes elements of the original film and its sequels to transfer the story of Shrek, Donkey, and Fiona into music. In the Broadway production, Brian d’Arcy James played Shrek and Sutton Foster as Fiona. After a Seattle premiere from August 14 to September 21, the show transferred onto Broadway and had 441 performances lasting a little over a year.

Second on December 15, 2014, was the world premiere of Samuel D. Hunter’s play “Pocatello” on Off-Broadway at the Playwrights Horizons. The plot of the show is of a man who manages an Italian chain restaurant in Pocatello, Idaho that is being taken over by strip malls and franchises, and the man struggles to accept the changes made to his hometown. Critics enjoyed the themes of uniformity in American towns and how relationships are made in the 21st century.

Next on December 17, 2008, actor Jeremy Piven abruptly left the Broadway revival of David Mamet’s play “Speed-the-Plow”. He left the show two months in for medical reasons attributed to high levels of mercury. Norbert Leo Butz replaced Piven until January 13th, 2009. “Speed-the-Plow” presents a picture of the film industry and those that are willing to do anything to achieve fame and fortune. The revival received positive reviews and over its course of 140 performances, it got a nomination for the Tony Award for Best Performance by a Leading Actor in a Play.

Trekking back on December 18, 1939, the American journalist Heywood Campbell Broun passed away at the age of 51 due to pneumonia. Broun wrote for the New York Tribune, New York World, and the New York World-Telegram. Starting off as a sportswriter, Broun became a drama critic when he joined the Tribune. In 1933, Broun starred in a radio show, “The Red Star of Broadway”, where he was featured as ‘the Man About Town of Broadway’.

Finally on December 19, 2016, actor Dick Latessa passed away at the age of 87. Latessa is most well-known for winning the 2003 Tony Award for Best Featured Actor in a Musical by playing Wilbur Turnblad in the Original Broadway production of “Hairspray”. Latessa had a career spanning 50 years, starting with “The Education of H*Y*M*A*N K*A*P*L*A*N and later “Follies”, “A Funny Thing Happened on the Way to the Forum”, and Cabaret. Not only was Latessa a man of stage but films and television. He’s appeared on shows like “The Sopranos” and “Law & Order”.