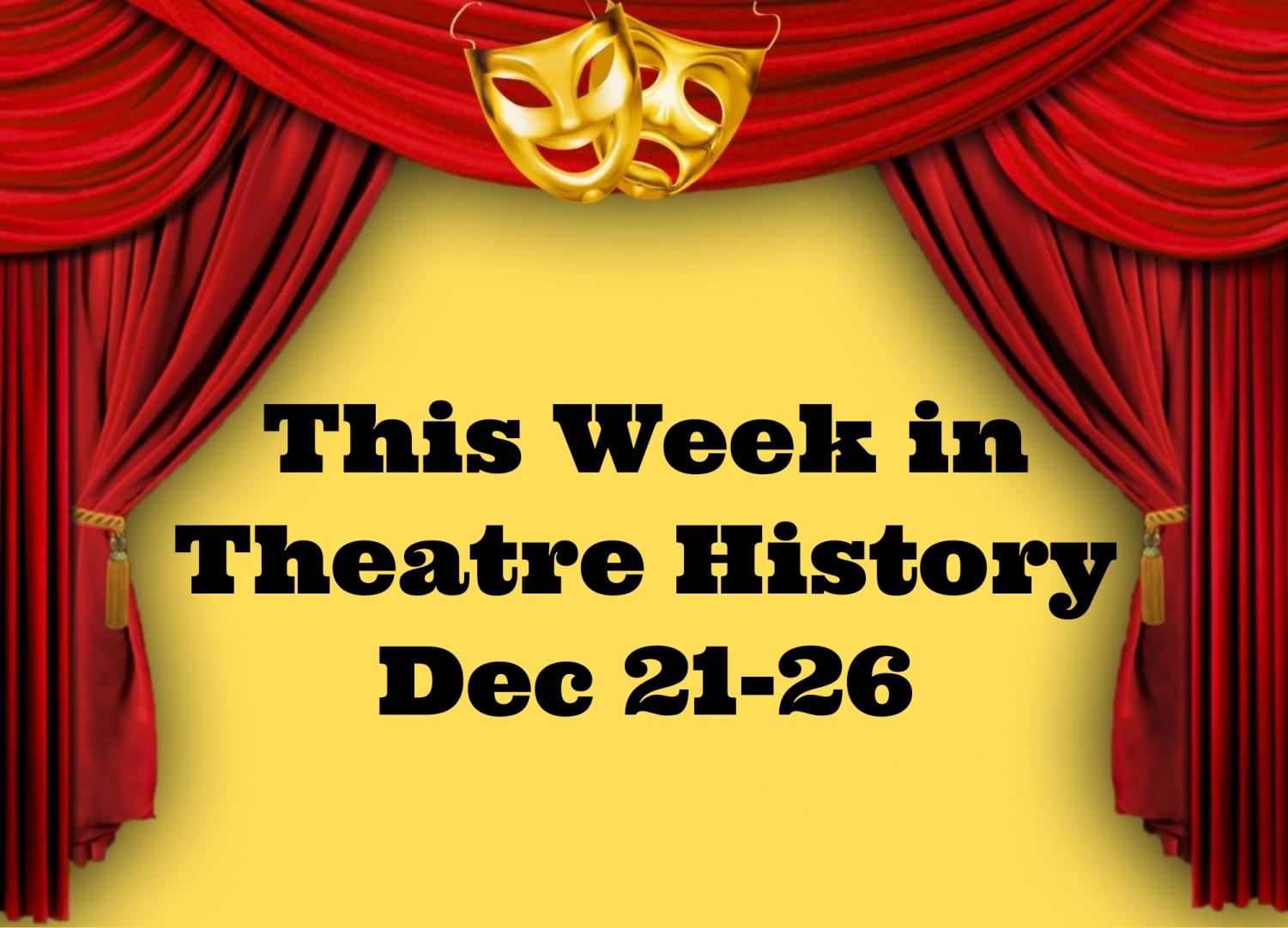 This Week in Theatre History: December 21-26

Throughout this week in theatre history during December 21 to the 26, several influential stars have passed, one popular actor performed a one-man show, and several scandalous shows were raided.

Beginning on a happier note, on December 21, 2018 the London production of “Hamilton” opened at the Victoria Palace Theatre. The opening cast included Jamael Westmas as Alexander Hamilton, Giles Terera as Aaron Burr, and Rachelle Ann Go as Eliza Hamilton. The show came in with resounding positive reviews similar to its Broadway counterpart. The musical won 7 Olivier Awards out of 12 nominations on West End including Best New Musical.

Next on December 22, 2002, Virginia McKnight Binger passed away in her home in Minnesota at the age of 86. Binger was the namesake of Broadway’s Virginia Theatre until it was renamed to the August Wilson Theatre in 2005. Binger co-owned Broadway’s Jujamcyn Theaters group with her husband where they named the group after combining their children’s names together. Binger was a multi-millionaire philanthropist and she developed the Virginia McKnight Binger Unsung Hero Award to honor her fellow Minnesotans for their contributions to the community.

A few years later on December 23, 2007, Broadway and film choreographer Michael Kidd passed away of cancer at the age of 92. Kidd’s career spanned almost 6 decades and he was most known for choreographing shows such as “Seven Brides for Seven Brothers,” “The Band Wagon,” and “Guys and Dolls.” He was the first choreographer to win 5 Tony Awards with 9 other Tony nominations. He received an honorary Oscar in 1996, a Academy Honorary Award in 1997, and was inducted into the American Theatre Hall of Fame in 1981.

In lighter news on December 24, 2001 Patrick Stewart returned to Broadway for the third time to perform his one-man stage performance of Charles Dickens’ “A Christmas Carol.” The show is performed with no costumes or props and Stewart playing over 30 different characters. Critics mass praised Stewart for his skills and flexibility and some claimed they’d enjoy other performances of Dickens’ classics. The 2001 performance was dedicated to charity work for the Actors Fund of America, the Coalition for the Homeless, and Food for Survival, Inc.

On December 25, 1977, the famed Charlie Chaplin passed at the age of 88. Known for his influence in the film industry, Chaplin was a comic actor, composer, director, producer, and screenwriter. He was active for over 75 years until a year before his passing. Some of his most significant works in the silent film age includes “The Great Dictator,” “The Gold Rush,” and “Modern Times.” Chaplin has received numerous awards from a late Hollywood Walk of Fame to a Knight Commander of the Most Excellent Order of the British Empire.

On December 27, 1926, a committee was formed to view morally questionable shows due to pressure from the New York Governor Alfred E. Smith and Mayor James Walker to crack down on scandalous productions. The committee was made up of actors, authors, and producers. The committee would create a list of questionable shows by surveying the current running plays. Some of the first shows to be raided and criticized were “Sex,” “The Virgin Man,” and “The Captive.” This later turned into the Wales Padlock Act which banned depictions of homosexuality in theatres. Violations resulted in the arrest of actors and theatres being shut down for a year.