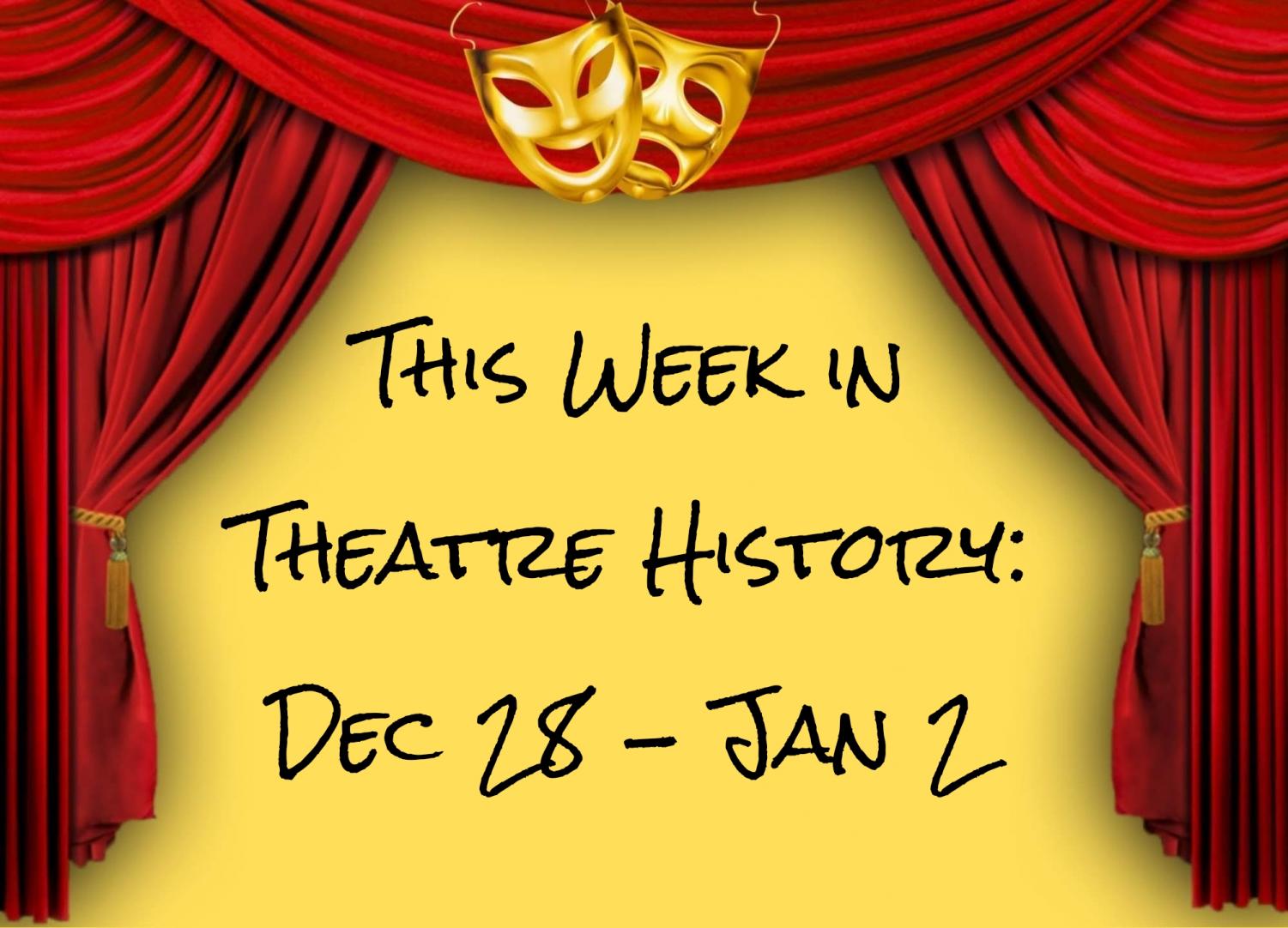 As we enter the new year, theatre continues to fill up the history books. From December 28 to January 2, a unique group of events took place including the passing of a famous composer, the unusual shutdown of Broadway, and the closing of two well-loved shows.

First on December 28, 1927, George S. Kaufman and Edna Ferber’s comedic play “The Royal Family” opened at the Selwyn Theatre. The show was inspired by the Barrymore family, an American acting family that performed in films, radio, and stage. Other productions sprung off of the show in England, a revival in the 1970s, and another West End revival. The play was also adapted into a film called “The Royal Family of Broadway” and BBC’s television film adaptation was renamed as “Theatre Royal.”

6 years ago on December 29, 2014, legendary Motown groups The Temptations and The Four Tops collaborated for an exclusive week-long engagement on Broadway. The groups performed and celebrated their top hitting songs during the limited event. Each group contained at least one original member and the rivals sang in the club setting similar to the 1960s. Despite it being short lived, the show gained almost 1 million gross product.

Then on December 30, 1979, the composer Richard Rodgers passed away at 77. Famous for his musical collaborations in the Golden Age of Broadway, Rodgers composed shows such as “Babes in Arms,” “The Sound of Music,” and Rodgers and Hammerstein’s “Cinderella.” His partnerships with Lorenz Hart and later one with Oscar Hammerstein II has resulted in over 50 awards for his shows. Rodgers is one of the few entertainers to win the Emmy, Grammy, Oscar, and Tony Award also known as the EGOT. The 46th Street Theatre was renamed in his honor as the Richard Rodgers Theatre in 1990.

At the expectation of a new century on December 31, 1999, a typical big night on Broadway, several Broadway shows closed at the request of the police. The New York City Police anticipated large crowds entering to see the ball drop and therefore they asked for Broadway to shut down for public safety. A ninth show the following week was added to the schedule as a way to recoup costs however some producers still disliked the agreement.

On January 1, 2017 two musicals ended their Broadway runs the same day. “Matilda the Musical” ended after 1,554 performances and “Something Rotten!” after 708. “Matilda the Musical” was based off of Roald Dahl’s novel about a five year old girl with the power of telekinesis. The musical holds the record for the most Olivier Awards won by a musical tying with “Hamilton.” “Something Rotten!” on the other hand follows the adventures of Nick and Nigel Bottom as they attempt to find success in theatre against William Shakespeare.

Lastly on January 2, 1922, Samuel Shipman’s play “Lawful Larceny” opened at the Republic Theatre in New York. The plot surrounds a wife who takes it upon herself to regain her husband’s lost funds after being conned by another woman. A silent film adaptation was made in 1923 and in 1930 a remake with sound was created. Lowell Sherman reprised his role in the 1930 film from his time on stage. The remakes went for a more serious tone while the original play was a comedy. The show ended up running beyond the theatre season surprising critics.