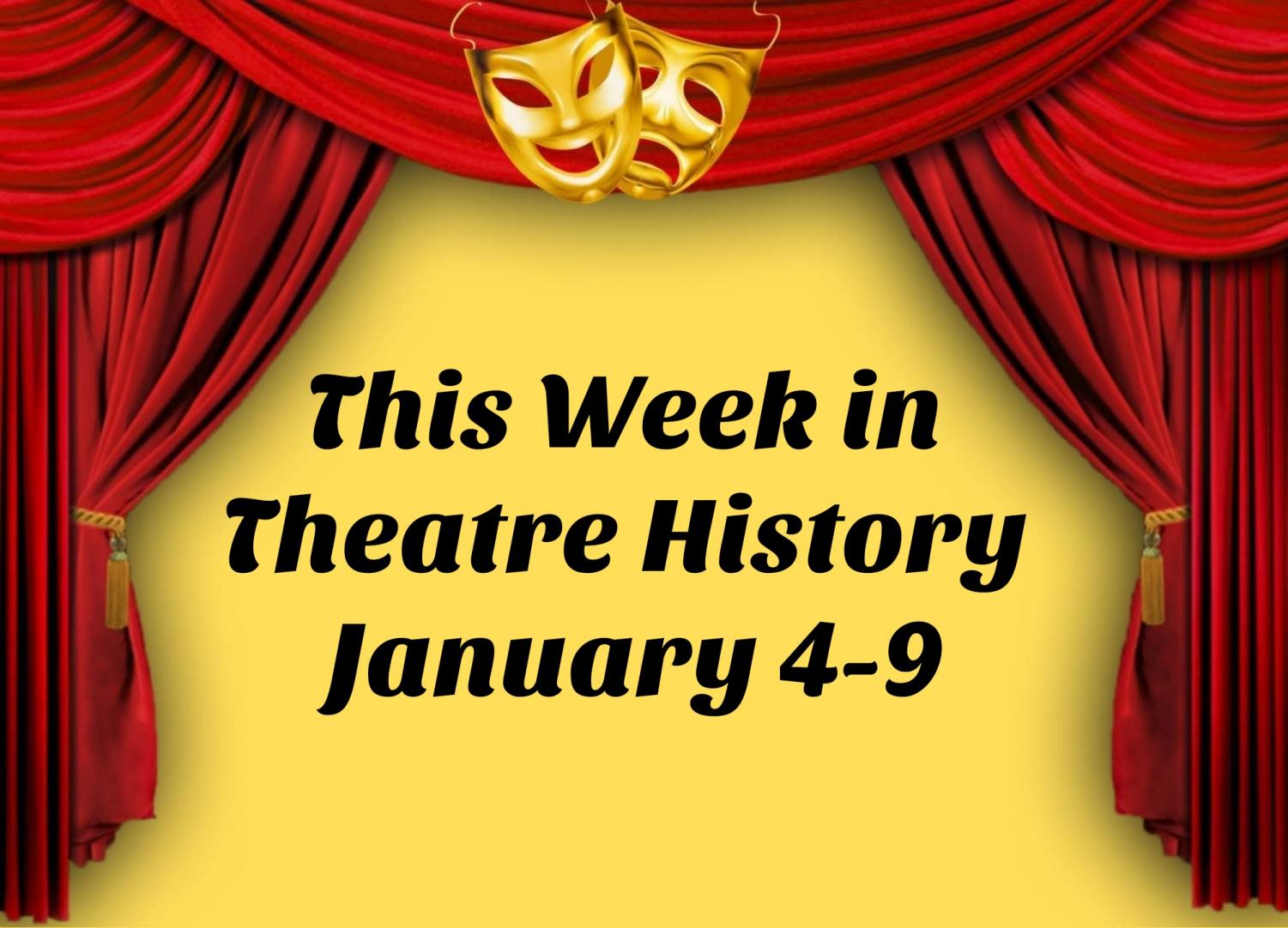 This Week in Theatre History: January 4-9

For this week in theatre history from January 4-9, the introducer of the word “robot” is born, a revolutionary musical based off a classic book opens on Broadway, and an Oscar winning actress made her debut performance on Broadway.
First on January 4, 1981, the one-performance show “Frankenstein” by Victor Gialanella opened and closed on Broadway. The show combined elements from James Whale’s 1931 Hollywood film and Mary Shelley’s original 1818 novel. Reviews were poor; however, the New York Times applauded it for stage effects which included several set changes, audio-visual effects, and musical accompaniment. The cast included John Carradine, David Dukes, John Glover, and Dianne Wiest.
Next on January 5, 1975, “The Wiz” by Charlie Smalls opened at the Majestic Theatre. The adaptation of “The Wizard of Oz”, cast with black actors, ran for 1,672 performances and later won the Tony Award for Best Musical along with 6 others. “The Wiz” follows the story of “The Wizard of Oz” where Dorothy Gale is taken to the Land of Oz and attempts to make her journey home. Many revivals occurred after its run, and in 1978 a film adaptation was created starring Diana Ross and Michael Jackson.
Then on January 6, 1990, choreographer Michael Shawn was awarded a 175,000 dollar settlement from the Nederlanders. The case argued that Shawn was unrightly fired from the show “Legs Diamond” as he tested positive with AIDS. The producers of the show were sued $2.75 million the previously year in the name of discrimination. Three months after the settlement, Shawn passed away due to complications from AIDS at 45. Shawn choreographed shows such as “My Fair Lady”, “Damn Yankees”, and “Onward Victoria”.
A classic musical returned to Broadway on January 7, 1985. Rodgers and Hammerstein’s “The King and I” was revived at the Broadway Theatre and actor Yul Brynner reprised his role as the King of Siam for the last time. Brynner was the original Broadway actor of the King of Siam and the last performance of the 1985 production marked his 4,525 performance as the character. Brynner won an honorary Tony Award for his role and he would end up passing away less than a year later.
More recently on January 8, 2017, Cate Blanchett made her Broadway debut in “The Present” at the Ethel Barrymore Theatre. “The Present” by Andrew Upton was adapted from Anton Chekhov’s play “Platonov” which has been translated and adapted into many scripts. The show’s plot revolves around the birthday of a widow Anna Petronva (Blanchett) and the mess of the guests’ broken relationships with each other. The show ran for 81 performances and Blanchett received praises for her dedication to the updated version of “Platonov” to align with Russia in the 1990s.
Lastly on January 9, 1890, the playwright Karel Čapek was born in Bohemia. Čapek was best known for his work in science fiction such as his novel “War with the Newts” and his play “R. U. R.” or “Rossum’s Universal Robots”. “R. U. R.” introduced the word “robot” into the world in 1920. While often seen as the inventor of the word, Čapek credits the word to his brother Josef Čapek. If they weren’t science fiction, Čapek’s works were often political such as his play “The White Disease” which opposed the upcoming Nazi movements.