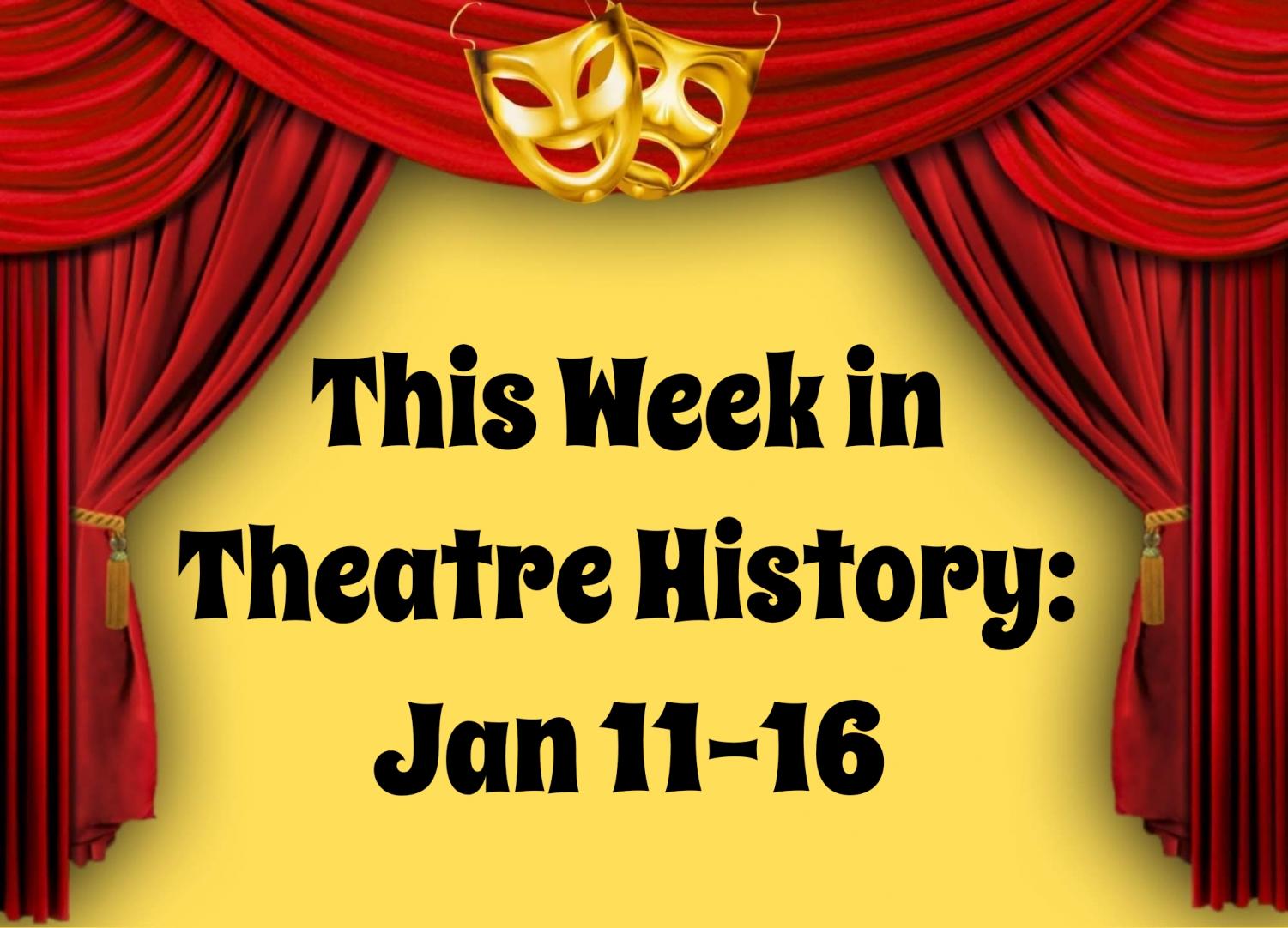 This Week in Theatre History: January 11-16

For this week in theatre history from January 11-16 there’ll be discussion of the world’s longest running musical, the achievements of an early Broadway producer, and the shutdown of a well-loved restaurant that was established as a waterhole for Broadway’s stagehands.

To begin on January 11, 1964, the Royal Shakespeare Company performed “The War of the Roses” for William Shakespeare’s four-hundredth anniversary. “The War of the Roses” combined Shakespeare’s 3 parts of “Henry VI” and “Richard III” into a single production. The four plays dealt with the conflict between the House of Lancaster and the House of York over the throne of England which was referred to as the War of the Roses. The play was a success and is seen as the revival of “Henry VI” in modern theatre. Due to its success the play was adapted by BBC for television and a new version was remade in 1966.

Over twenty years later on January 12, 1986, Terrence McNally’s “It’s Only a Play” opened Off-Broadway at the Manhattan Theatre Club. The original play was called “Broadway, Broadway”; however, after closing it was rewritten to be performed on Off-Off Broadway in 1982. The plot revolves around a cast of actors, their set team and friends await their opening night reviews of their Broadway play. In 2014 the play was revived on Broadway with actors such as Matthew Broderick, Stockard Channing, and Rupert Grint.

Next on January 13, 2002 the musical “The Fantasticks” ended its 41 year run on Off-Broadway with a total of 17,162 performances making it the world’s longest running musical. The original production was very low budget, spending only $900 on the set and $541 on costumes. The show was loosely based on the 1894 play “The Romancers” and the plot revolves around two fathers who pretend to feud to trick their children into falling in love. 4 years later, another much shorter-lived revival opened on Off-Broadway in 2006 which lasted until 2017.

On January 14, 1999, Polish theatre director Jerzy Grotowski passed away due to leukemia at the age of 65. Grotowski gained fame for his methods of acting, training, and theatrical production and he was invited to the US for his critical acclaim. Grotowski interpreted plays in original ways such as in “The Tragical History of Doctor Faustus” where he forgoed props altogether, instead using actors to represent objects. In 1968, Grotowski published his book “ Towards a Poor Theatre” which argued that theatre shouldn’t need to compete against its film counterparts.

Back on January 15, 1911, was the birthday of theatre producer Cy Feuer. Feuer produced Broadway classics such as “Guys and Dolls”, “How to Succeed in Business Without Really Trying”, and the film version of “Cabaret”. Feuer’s partnership with Ernest H. Martin helped produce several musicals and together they owned the Lunt-Fontanne Theatre from 1960-1965. At the 2003 Tony Awards, Feuer gained the Lifetime Achievement Award for his efforts in producing and directing theatre.

Lastly on January 16, 2006, McHales’s Restaurant closed its doors after decades of serving Broadway’s stagehands and their friends. Theater reporters would go to the restaurant for pre-show meals and occasional theater celebrities would stop by. McHale’s was admired for its consistency and famous hamburgers which could be attributed to a cook named Italo Huaringa who worked there for 35 years. Unfortunately high-payers ran over the area and McHale’s was demolished for 30 million dollars to make way for the tower known as the Platinum.