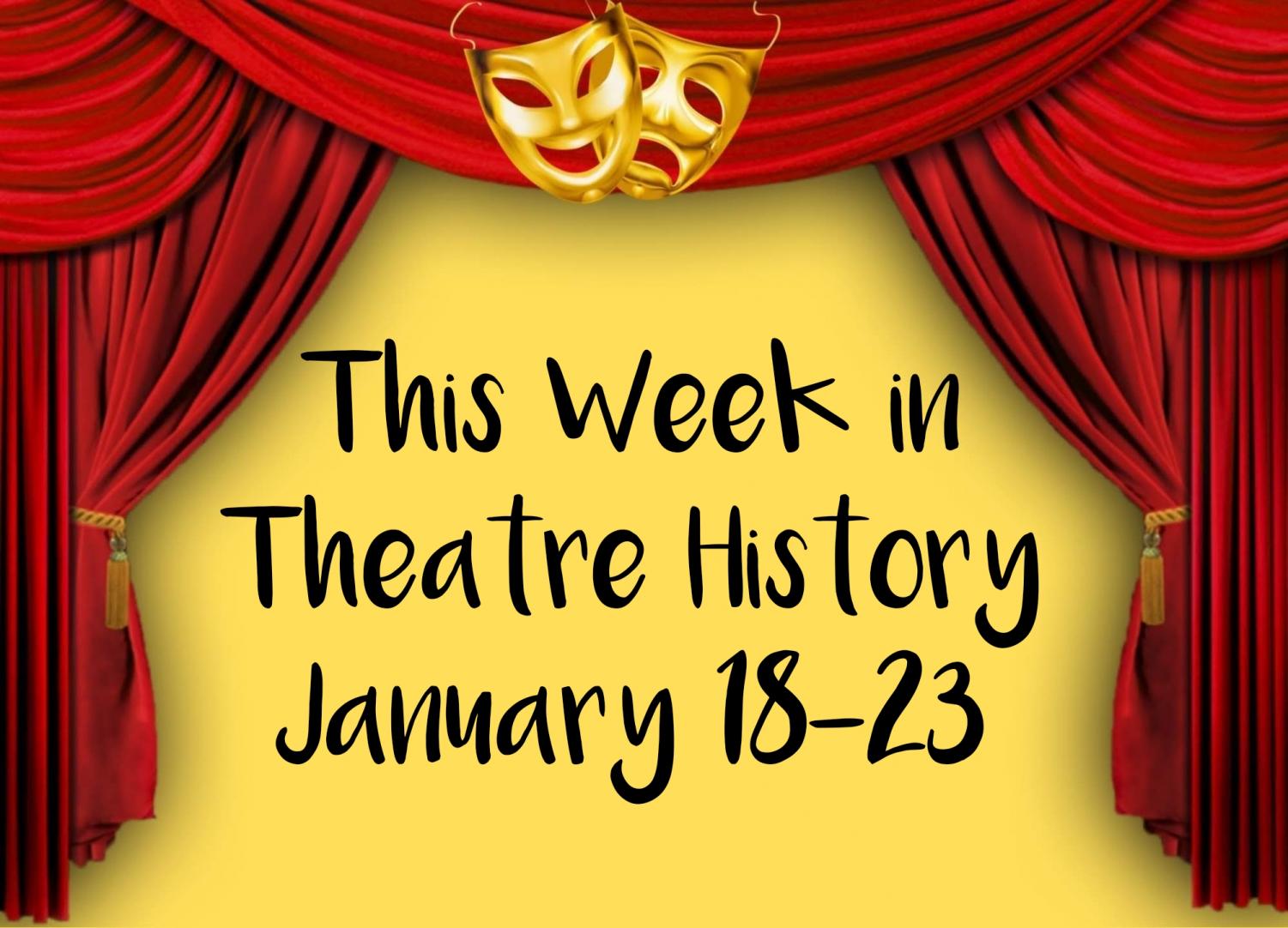 This Week in Theatre History: January 18-23

Over the week of January 18 to January 23, theatre will lose an actress at 38, see two adaptations of classic novels, and celebrate the birthday of a well-known children’s author and playwright.

Starting off on January 18, 1882 is the birthday of author A. A. Milne, who is best known for creating the Winne-the-Pooh books. Before his fame from Pooh, Milne was a notable playwright. He wrote Broadway plays such as “Mr. Pim Passes By”, “The Fourth Wall”, and “Toad of Toad Hall”. In his earlier years he wrote alongside future famous writers such as J. M. Barrie, Arthur Conan Doyle, and P. G. Wodehouse. Milne also participated in both World Wars, the first would inspire him to develop Winnie the Pooh.

Later on January 19, 1909, Eugene Walter’s play “The Easiest Way” opened on stage. The drama looked at the lengths women took to support themselves in the early 1900s. The play followed a daughter named Laura who struggles to support her family and results in her new relationships with two different men. In 1917 and 1931, film adaptations were created of “The Easiest Way”, the first being silent and the second with sound. The original play was produced and directed by David Belasco who pioneered many effects for theatre.

On January 20, 2002, actress Carrie Hamilton passed away due to complications from lung cancer at the age of 38. Hamilton was an American actress, singer, and playwright. She was best known for appearing on shows such as “Fame” and “The X-Files” however, she also starred in “Tokyo Pop” and “Cool World”. Hamilton also worked in theatre like where she portrayed Maureen Johnson in the first national tour of “Rent”. Four years after her passing, the Balcony Theatre of the Pasadena Playhouse was renamed in her honor.

Earlier on January 21, 1903, the original musical version of “The Wizard of Oz” opened on Broadway after a run in Chicago. The author of the original novel, L. Frank Baum, was credited for writing the book and lyrics. Stars Fred Stone and David C. Montgomery spurred the excitement for the show. Unlike the 1939 film, the plot follows the character King Pastoria II in his attempt to regain the throne from the Wizard of Oz. Additionally Dorothy Gale’s last name was introduced in the musical as it wasn’t included in the original novel.

On January 22, 1918, the play “Seventeen” by Stanislaus Stange and Stannard Mears opened at the Booth Theatre. The play was adapted from Pulitzer Prize winning writer Booth Tarkington’s novel of the same name. “Seventeen” was a comedic play that satirizes first love and youth during summertime. In 1940, a film was created based on the play and original novel starring Jackie Cooper and Betty Field. The Broadway production went for 225 performances until August the same year.

Finally on January 23, 2005, Lousia May Alcott’s novel “Little Women” was adapted into a musical at the Virginia Theatre. The plot of the show follows the original book where the March sisters’ lives unfold while their father is serving during the Civil War. Despite the performance of Sutton Foster as Jo March, reviews for the show were mixed as many didn’t like the condensed version of the book as it didn’t allow for the characters to grow. The Broadway production only lasted for 137 performances, however, the production also toured the US and gained traction in Australia.