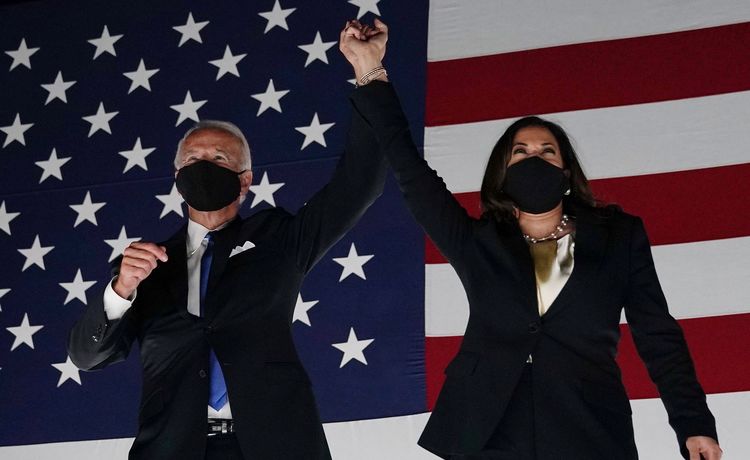 Joe Biden, America’s 46th president, has many plans to help bridge the gaps of racial inequality in the U.S. For the past five years, incidents have happened specifically to African-Americans that have questioned the government by the unfairness with the racial inequality in this country. Joe Biden certainly has a lot on his hands but hopefully his work and goals will ease things for everyone.

Biden’s plan to improve the African American community is a huge tackle to take on but in order to gain trust and build an equal society for everyone, he has to start to right the wrongs in the system and give back to the people.

With COVID-19 continuously striking, research has indicated that African-Americans are dying at a higher rate than whites. This also illustrates that more African-Americans are at risk for putting their lives on the front line, in order to still receive a paycheck during the pandemic and provide for themselves and their families. Biden believes that the distribution of resources, medical equipment and testing should be a priority and action needs to start now

Plans Joe Biden has for the black community:

Throughout Biden’s whole career he has been helping and improving in ways that he can reach those in need of help. He co-sponsored the Civil Rights Act in 1990 as a U.S. Senator to protect against employment discrimination and and led multiple re-authorizations of the Voting Rights Act, protecting African Americans’ right to vote. He also led efforts to reauthorize and extend the Fair Housing Act. Black individuals have fallen way under the rate of white individuals regarding housing markets and home ownership’s based on discrimination and other contributors. Vocal advocate and supporter, Joe Biden contributed to being the Delaware’s Senator of Delaware State University, the state’s historically black university.

“In 2016, President Trump asked Black Americans what they had to lose by voting for him. After four years, it’s clear: Black Americans, especially Black men, risk losing everything in Trump’s America.” (joebiden.com)

Throughout the entire election of 2020 between Joe Biden and Donald Trump, there were many conflicts with both sides and rage from supporters as well as the two men themselves. Black Lives Matter has played a big part in the election and how things turned out with regards of how to improve circumstances and make sure we are bringing someone into office who is going to support, help, and bring everyone together for equality. Biden has to stay focused on the work and progress left undone in order to heal and bring together our nation.

Biden will in fact not be a perfect president, but he does have control over whether he helps his people and the nation, or tears it down even more. However, the question isn’t only what can he do to help, but what can we do. He isn’t the only one with a say on what happens and how it affects people. Our voices matter greatly and we can use freedom of speech to our advantage. Although it does take courage and confidence to stand up for what is right, in the end, you will know that you did the right thing and chose to stand by your brothers and sisters in what we call basic human rights.