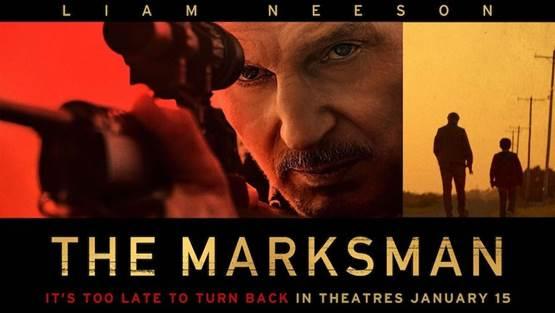 The Marksman Hits Close to Perfect

“The Marksman” starring Liam Neeson was released January 15th 2021. “The Marksman” is about a man named Jim who is a rancher for border patrol on the Arizona-Mexico border. This movie is filled with action, thrills, and heartbreak. The movie starts when a man gets in trouble with a drug cartel and his sister and her son are forced to leave their home in Mexico and cross the border without getting caught. When they try to cross the border the mom tragically dies and the son is taken in by Jim. The son and Jim flee across the country to the city of Chicago to get the boy back to his family. When all of this is happening the drug cartel is still following Jim and the little boy.

While I attended this movie I focused on two categories: acting, and the plot. The acting from Liam Neeson was incredible; he really made the movie something different. Don’t get me wrong everyone, a part of the cast was good but Liam was outstanding. He was passionate, loud, and very convincing during the whole movie. Next, the plot was pretty good and started out very straight forward but as the movie went on the plot got more intense and it was suspenseful. However, the plot at the end became very long and the climax of the movie stalled.

Overall, I recommend you go to this movie because it will make you see a different perspective of life.