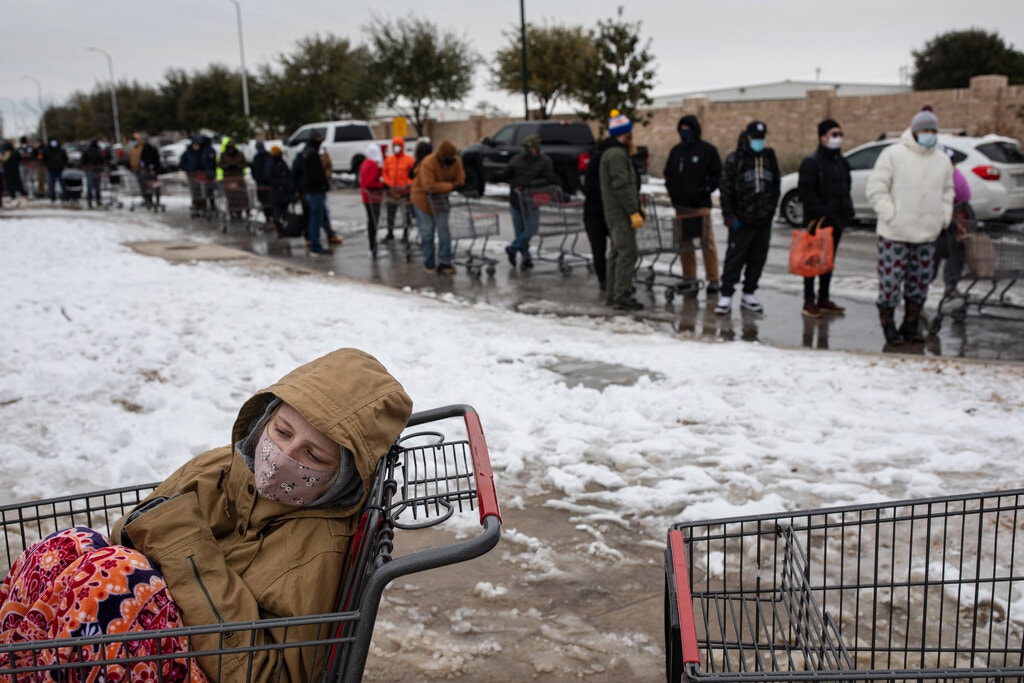 (Photo courtesy of Tamir Kalifa for The New York Times)

Photo courtesy of Tamir Kalifa for The New York Times

Texans would usually enjoy 65 degree weather during the month of February. However, on February 21st – February 27th, 2021 some areas in Texas dropped as low as 11 degrees. During that time frame, over 2 million people were left without power as the temperatures only got colder. People were desperate to find warmth. Nearly 70 deaths have been linked to the weather outbreak so far, this includes an 11 year-old boy whose family is suing a utility company for not being able to properly prepare for a disaster like this one.

During the winter outbreak, Texas was issued a boil water notice. A boil water notice is a process where you have to boil your water in-order to clean it and kill all the bad chemicals and bacteria. Texans had to boil their water during the storm, so they had drinking water. They could still use their water for showering, washing their hands, or washing their clothes. They just had to make sure that they, or no one else drank that water. A ton of Texans also reported their water pipes that froze and some Texans even had their water pipes burst.

The power grid also suffered during the month of February. In 12 hours alone, the power generator failed more than 12 times. Texas power companies are undergoing heat right now due to the fact that this situation has already happened in the past, and nothing was done to prepare them for the future. As of right now, Tesla is plugging in giant batteries into the Texas power grid that will keep power running to approximately 20,000 houses according to Austin American-Statesman.

Even though this year had low temps, the coldest day in Texas history was on February 12, 1899, the temperatures were at an all time low 1.9 degrees. This was called The Great Blizzard, or more commonly known as The Great Arctic Outbreak of 1899 or St. Valentine’s Day Blizzard. It is estimated that at least 100 people died from Hypothermia. The Great Arctic Outbreak brought snow and ice all across the nation, ice was even spotted floating down the Mississippi River.

Only time will tell if this year’s cold temperatures trend will continue, and if Texas can find a way to prevent this disaster from hitting Texas as hard as it did.