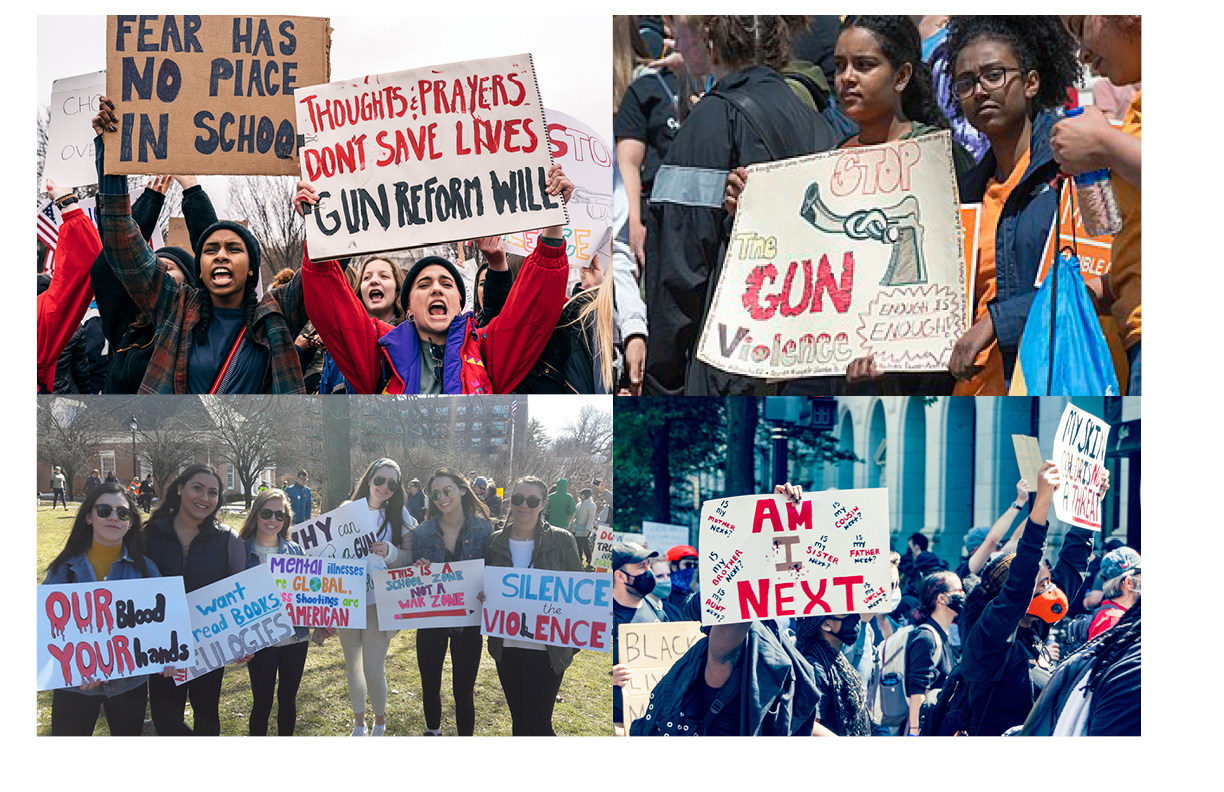 Series of Mass Shootings spreads terror across the United States

The citizens in America Are in Complete terror as there is an uproar in mass shootings all over the country.

Atlanta, Georgia March 16, 2021
Three different locations within Cherokee County, in Atlanta, Georgia Suspect Robert Aaron Long accumulated 6 deaths and 3 injured within an hour and a half and was arrested within the next two, the authorities found Long through tracking his phone and cut him off on a dirt road. After the first shooting it was only 47 minutes before there was another report of gunshots which police reported to, as the investigation grew at the second shooting officers heard gunshots from across the road. The locations for all the shootings took place in Asian spas. Long says that the attacks were not racially motivated, 6 of the 8 were Asian descent.

Gresham, Oregon March 18, 2021
Around 3:20 AM visitors at the Golden Knight Motel were shockingly woken up to the sound of gunshots. The investigation shows that one man was shot in his motel room, while many others were wounded in the parking lot, leaving only one person walking away from the incident that had come into contact with the gunman. One victim was immediately put into critical care as the rest went straight to surgery. The police department in Gresham described the investigation as complex, expressing how the crime scene involved a large area with many witnesses, stretching the department’s resources. Investigators are trying everything they can to identify the shooter, as they walk around the motel knocking on every door in search of surveillance video. Hoping to see every angle of the motel to see the shooter’s path. The suspect they now have arrested is a juvenile; after being accused the suspect was sent to Donald E. Long Juvenile Detention Center. Due to being a juvenile no information about the person will be released.

Houston, Texas March 20, 2021
At 2:34 AM officers were dispatched to a nightclub on the northside of Houston. When the officers arrived they found a man suffering from a gunshot wound on his leg. After the officers searched more they found another man with a gunshot wound in his neck and is now in critical condition. There were three additional people harmed in this act of violence as they were teens,who are now in stable condition. The suspect with the firearm, specifically a pistol, began firing and the investigators now say that it was unknown if the victims were targeted. The reason for the whole dispute was because of an argument inside the nightclub.

Philadelphia, Pennsylvania March 20, 2021
Authorities say that within a residential area a shooting occurred at an illegal “pop up” party attended by 150 people. Officers responded to a sound of gunshots at around 3:45 am. The suspect had shot and killed one man and injured five others. In the week ending March 14, there were 695 shootings all across Philadelphia, according to PPD data. As of March 19, there were 109 homicides not including victims in this “pop up” shooting.

Boulder, Colorado March 20, 2021
A man drove 20 minutes out of his way on March 20, 2021 and was charged 10 counts of first degree murder. Inside King Soopers normal everyday families trying to get groceries were scared for their life. 10 lives were taken this day including a police officer to seven children. Boulder was the last day of the week of terror that had spread throughout the country. For seven days straight, mass shootings were at an all time high for the U.S including shootings that I did not talk about, due to lack of information.