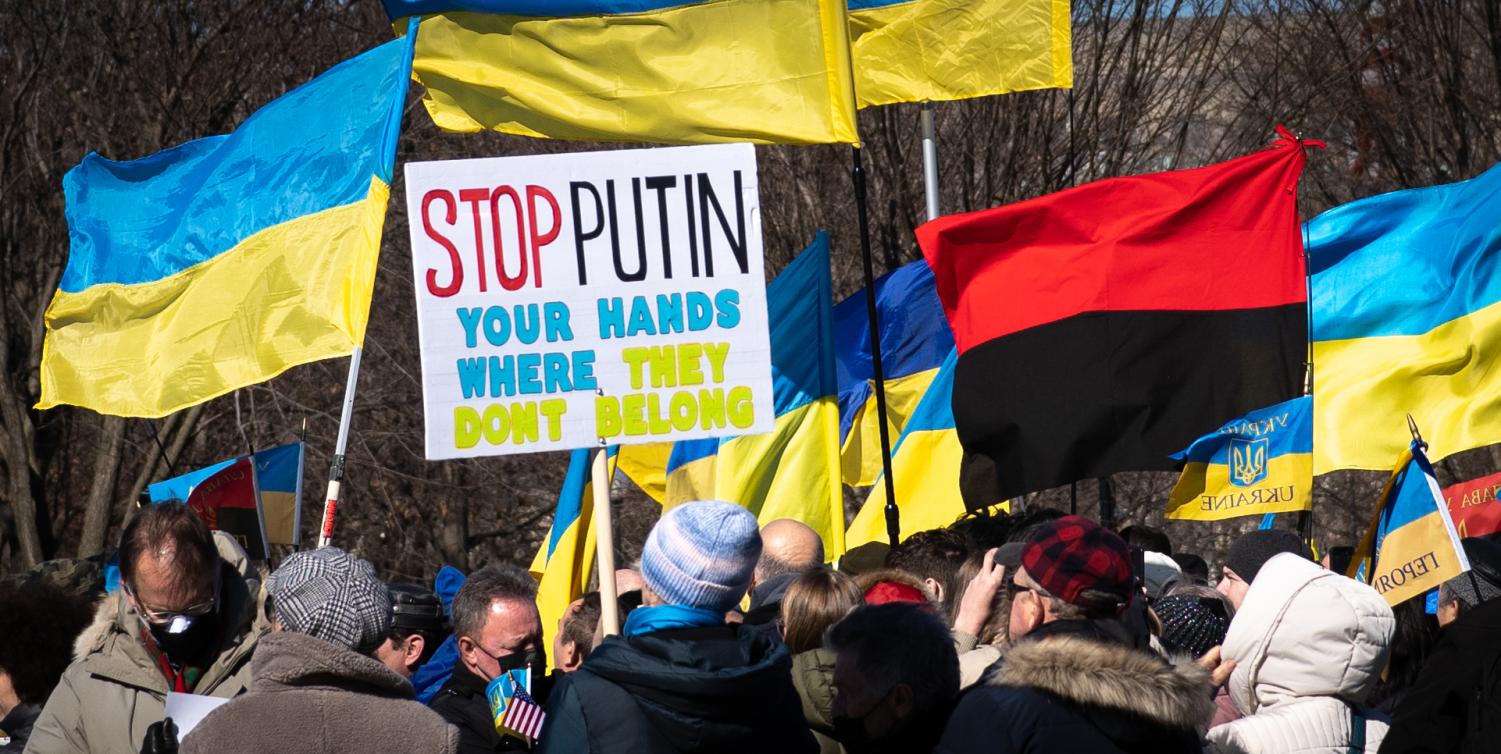 The definition of communism is the economic system where property is owned by everybody and people work and are paid according to their needs. This is the kind of economic system Russia has. Communism came around during the Russian Revolution (1917-1923.)  This is one of the things that turned Russia into the Soviet Union (also known as USSR) (1922-1991.)

Before the Soviet Union fell, back in 1949, 30 countries signed the North Atlantic Treaty Organization (NATO). Mostly American, European and Canadian countries take part in this group. One of the rules of NATO is if one of the countries in the group gets attacked, the rest of NATO would fight for that country. This is one of the main reasons Ukraine expressed interest in joining NATO, which would have protected them from Russian invasion. NATO is not going to invite Ukraine to join the group because of corruption, lack of defense and control over its international borders.

Russia also doesn’t want Ukraine to join NATO. President Putin claimed: “Let’s imagine Ukraine is a NATO member and starts these military operations. Are we supposed to go to war with the NATO bloc? Has anyone given this any thought? Apparently not.” He was saying that if Ukraine becomes a part of NATO, they would try to recapture Crimea, a country Russia now has control over. So President Putin sent over 130,000 troops to the borders of Ukraine, claiming that the reason they were there was for military exercises. We now know that was a fake excuse.

In the days leading up to Russia’s invasion of the Ukraine, France originally believed the reason for President Putin’s actions was for security. Other leaders to the west of Russia accused President Putin of a “False flag operation.” The United States said Moscow had begun to spread false alarms like discovering a mass grave site or that fights between the Ukrainian government and Russian backed separatist in the eastern part of Ukraine was genocide. The US and NATO sent troops into countries around Ukraine and Russia to support Ukraine.

Early in the morning on February 24, Ukrainians woke up to the sounds of Russia invading from the north, east and south. Military sites and airports throughout the country have been bombed. It is the largest European attack since World War ll. The US and NATO countries are approving sanctions against Russia to try to convince President Putin to end the invasion. This conflict is bound to last a while, but everyone is trying to get Russia to stop before it turns into a full blown World War lll.