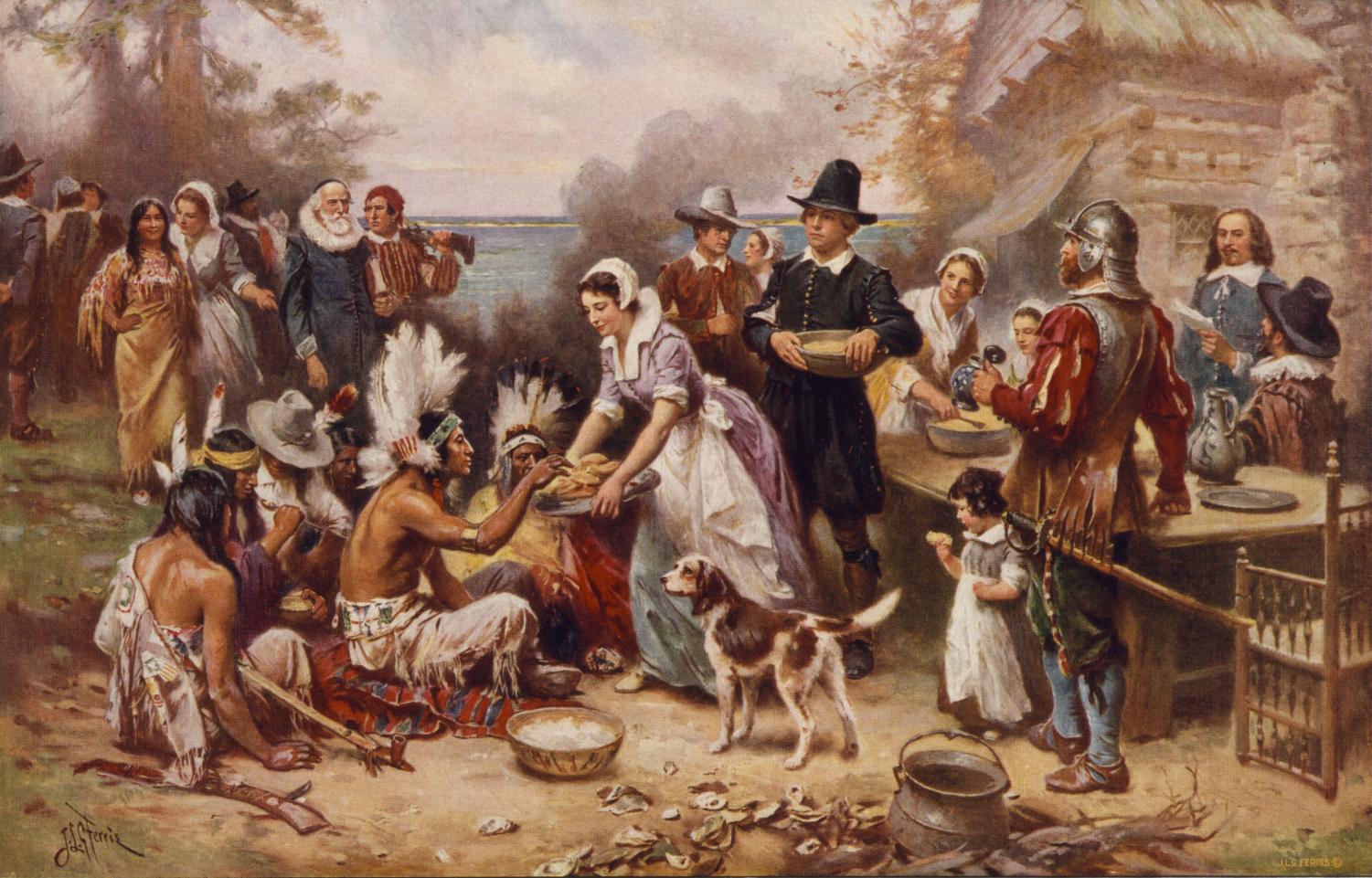 Taking place on the third Thursday of every November, Thanksgiving Day is a substantial holiday in the United States. Many Americans celebrate by getting together with family and friends to share a nice meal. Children learn about the first Thanksgiving in school, in cartoons, and in other media, but are they getting the whole story? And do people like the common narrative of easy peace and friendship?

To understand the whole story, we have to go back to when the first colonists from Plymouth, England came across the Atlantic Ocean, searching for a new beginning. After 66 days out in the vast ocean, they finally landed at Cape Cod. They had wanted to settle in the mouth of the Hudson River, but due to the rough seas, they decided to stay and find a place around Cape Cod. After exploring the area, they finally disembarked and formed the settlement that eventually became known as Plymouth, Massachusetts.

Squanto had a long history with English speakers. He was previously captured by an English man and was brought to London to be sold as a slave. He eventually escaped and found a way back home, and even though Squanto had bad experiences with the English people before, he chose to help the Pilgrims. These Pilgrims were extremely malnourished and sick after surviving the harsh winter. Squanto taught them how to cultivate corn, catch fish, and extract sap from maple trees. He also helped them ally with the Wampanoag tribe, an alliance that would last for 50 years.

In November of 1621, the Pilgrims had a successful first harvest. Because of this success, the governor of the pilgrims, William Bradford, organized a feast. He invited their Native American allies to come and eat dinner with the Pilgrims. Soon, the banquet was turned into a festival, which would last three days.

While the story of the first Thanksgiving sounds like a happy tale of the Pilgrims and the Native Americans coming together as allies and friends ‘till the end of time, that is not the case at all. Over time, the small English settlement grew into the 13 colonies. As the settlements grew, they pushed the Native Americans out of their own land. There was a lot of conflict between the settlers and Native Americans; the battles, murder, and deception between the two communities are important to the history of our country despite not being well understood.