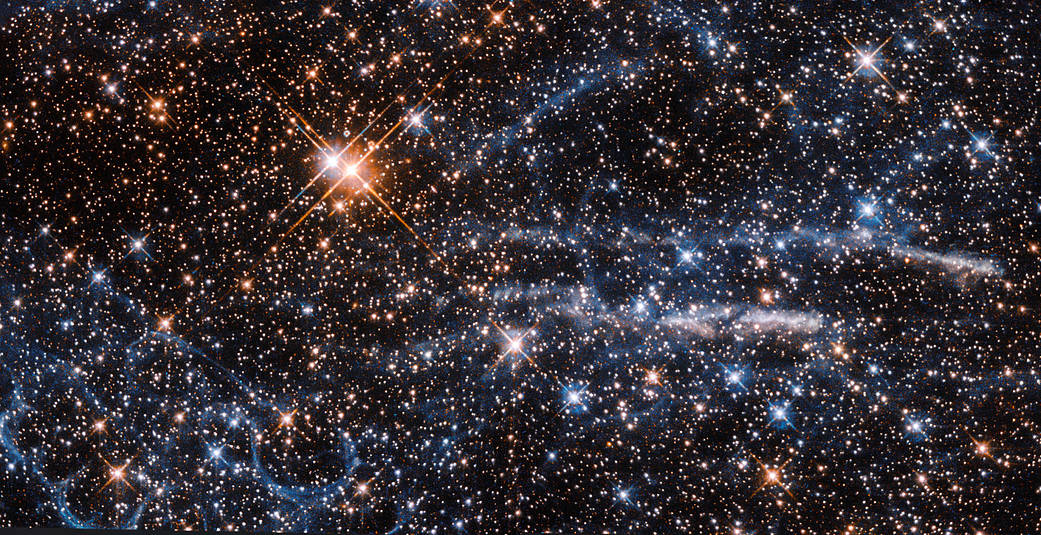 It’s fascinatingly strange how unsolvable and frustrating problems may be. It could be exceedingly frustrating, however, if the solution to this problem was something groundbreakingly magnificent, such as the answer to human existence, or whether aliens exist or not.

Let’s say this hypothetical question has a scientific answer, but one way too complex for humans to ever figure out on their own. Let’s also conclude in this hypothetical that whoever answered this question correctly would no doubt be regarded as perhaps one of the world’s greatest methodical masterminds, for they would have answered a question dating back hundreds of billions of years, but one that we had just started trying to answer around 60 years ago.

Ladies and gentlemen, welcome to the Fermi Paradox.

There are between 100 and 400 billion stars in our galaxy, and there are between 100 and 400 billion galaxies in the known universe. What’s important about this absurdly large number of stars is how we categorize them; there are two categories that actually matter for the sake of this article: sun-like stars and non sun-like stars. We don’t have a definitive answer for how many of these stars are like our sun, but scientists seem fixated between 5% and 20% of them being similar to our solar system’s star. It may sound relatively small until we take into account the actual numbers we’re dealing with.

If one were to apply logic to this realization, they could probably make the assumption that there should be an extremely high chance for life to prosper elsewhere. After all, we have been able to evolve into humans within the exact same circumstances. However, if it is so likely that extraterrestrial life exists on other planets, one can’t help but ask a particular question.

And here we have it, The Fermi Paradox. This is the 60-year-old question that has stumped scientists ever since the thought was conceived. In order to answer this question, or at least understand the theories as to why we’ve been unaware of other forms of intelligent life, we need to be able to comprehend two things.

Imagine a baby squirrel and a tree with acorns at the top of it. The baby squirrel doesn’t have its claws yet, so it can’t climb up the tree to eat the acorns. Disgusted with the world’s cruelty, the squirrel is forced to eat the leaves and insects it finds on the root of the tree. Let’s fast forward a couple months, and the squirrel finally has it’s claws. It climbs up the tree, ecstatic with the thought of tasting the acorns it has been waiting for for it’s whole life, and right before it reaches the top of the tree, it notices a ring-like shape of bark surrounding the tree and blocking the squirrel from the acorns. Not having teeth strong enough to bite through the bark, it settles on a home inside the tree; it’s still not able to eat the acorns, but at least it doesn’t have to live on the ground anymore. Now let’s fast forward a couple more months to where the squirrel develops strong enough teeth to bite through the bark, and finally it has the pleasure of enjoying the acorns.

The squirrel endured three different stages in it’s journey to get it’s reward. The first one was it’s clawless phase and living on the ground, it’s second phase was it’s grown claws but not strong enough teeth, and it’s third phase was strong enough teeth to bite through the barrier of bark and up to the tree where it lived happily ever after eating acorns.

Why is this story important?

Now let’s say that the squirrel represents humans, and the acorns are the dominance over our galaxy.

The depressing part about this is that we aren’t even close to the tree yet.

This is called The Kardashev Scale, which humanity is currently at about 0.73; we can use a lot of the energy on Earth, but we still can’t access all of it due to the limits in our technology. If I were to be honest, we most likely won’t reach type I in our lifetimes on Earth, but humankind would probably achieve the status in about 200-300 years. Harnessing the energy of the sun is doable in scientific theory, but it would likely be another couple thousand years before that’s possible. As for type III, it doesn’t seem possible for the human race to achieve.

A useful invention, water filters are responsible for being a “test” of sorts for the cleanliness of water. If one were to fill a glass of water with dirt and pour it into another glass, the dirt water would have completely transferred to the other glass untouched; the dirt and the water haven’t gone anywhere, they’re just in another glass. But if one was to put a filter on top of the other glass, the results would obviously be different. The filter would block out the dirt in the water, and the water will now be the only thing that’s in the glass, with the dirt on top of the filter.

Relating it back to us, the water would be the future of the earth, the galaxy, and the universe. We’re the dirt, unfortunately, and the filter is the Great Filter, the roadblock in the advancement of life that may be impossible to pass, especially if we’re the dirt, which we are. If humankind doesn’t pass the Great Filter, it’ll be obliterated. We would have ceased our existence, and all life on Earth would disappear, probably forever. However, there’s the possibility that we already passed the Great Filter, and that we’re well on our way to eventually colonize the entire galaxy– in several million years of course–but that would be the greatest news that humankind could ever hear.

“So is the Great Filter ahead, or behind us?”

“Are we safe or in danger if we discover life on other planets in our solar system?”

“Where do aliens come into this?”

“Did other civilizations pass the Great Filter or are they still behind it?”

“Are there other civilizations that are more advanced than us?”

Exploring the Fermi Paradox pt. 2 has the answers to those questions.